Riley Stearn’s second feature The Art of Self-Defense is a film that’s difficult to categorise. It’s essentially an absurdist satire on American masculinity but walks a tonal tightrope between off-kilter comedy and dark drama. Its plot beats and the rhythms of its dialogue feel unlike anything else, with only Jody Hill’s work coming close to this level of offbeat, pitch black comedy.

Casey’s first instinct after this incident is to get a gun, but while waiting on background checks, he stumbles into a dojo and ends up signing up for karate classes. The dojo is run by a strict sensei (Alessandro Nivola), who takes Casey under his wing and attempts to make him more ‘macho’. The sensei’s idea of what makes someone a man – listening to heavy metal, owning a German shepherd – is typical of the sensibilities of this film. It takes place in something resembling the real world, but not quite. Everything is exaggerated but somehow downplayed at the same time, with the actors delivering every line in a flat, deliberately stilted style.

This blend of over-the-top material and deadpan delivery proves the perfect vehicle for Stearns’ skewering of male relationships and toxic masculinity. He examines the power dynamics between alpha and beta males and even touches on how this relates to women, via Imogen Poots’ Anna. She is the sensei’s best student but is continually held back: “ultimately, the fact she’s a woman prevents her from ever becoming a man”.

Though at times its deliberate pacing can frustrate and the trajectory of the plot is apparent within the first half hour, The Art of Self-Defense is a unique and intriguing comedy. Stearns’ skewed worldview takes what could’ve been a fairly standard story and makes it something darker, stranger and far more interesting. It is not only effective as a laugh-out-loud comedy but also as a psychologically astute character study. 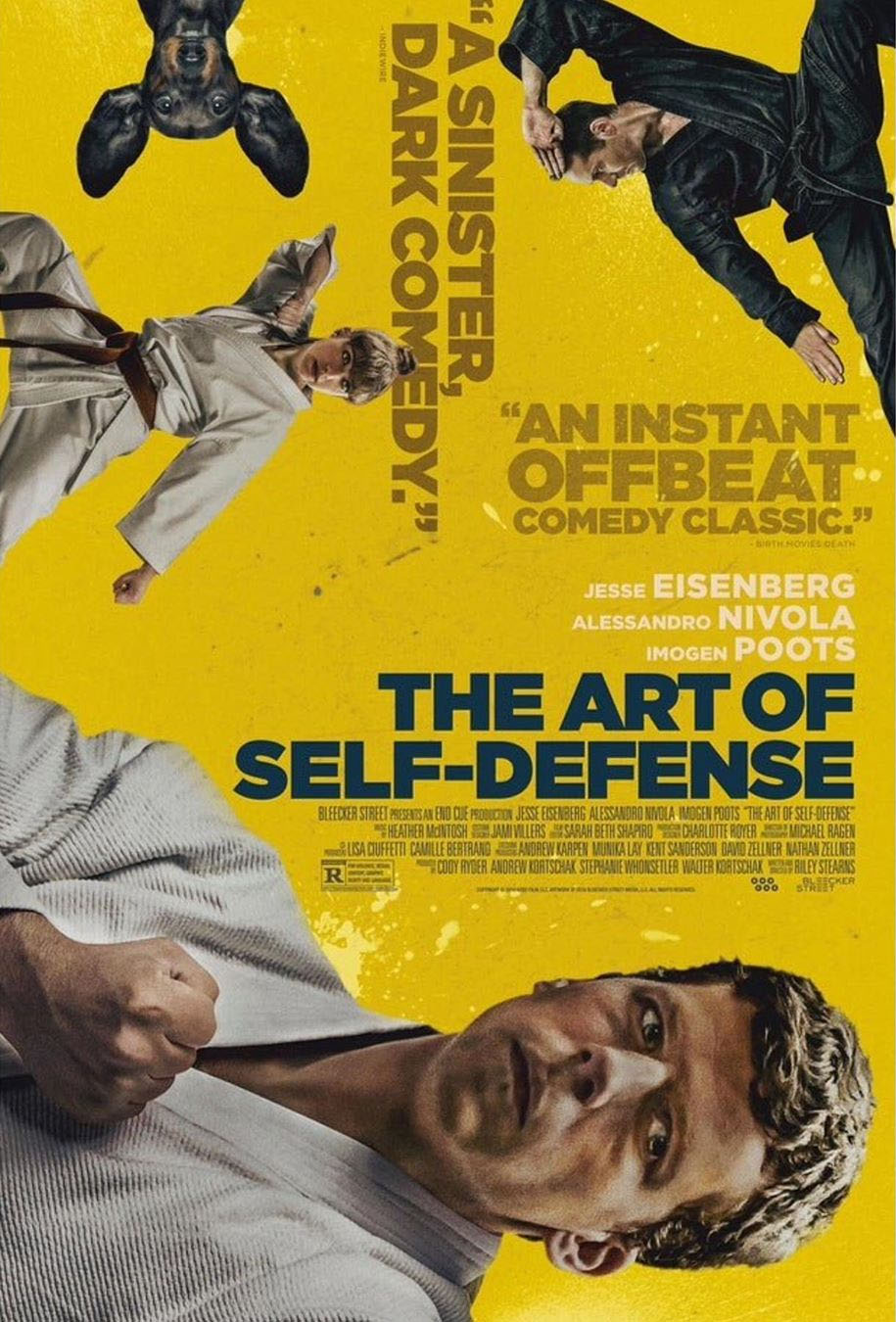