Yesterday, the new film from Brit heavyweights Danny Boyle and Richard Curtis, is a high concept comedy that’s based around an idea that really doesn’t add up at all. When aspiring singer-songwriter Jack (Himesh Patel) is hit by a bus during a worldwide power outage, he awakens to a world without The Beatles. Jack is the only one who remembers them – no-one else has ever heard of John, Paul, George or Ringo, and none of their music ever happened.

The unanswered questions around this crazy set-up are endless, obviously. Like, what happened to all of the physical copies of The Beatles’ music that were there a day ago? Or, how can the absence of the most influential pop group in the history of music not change the course of music at all? Wisely the screenplay, written by Curtis and co-writer Jack Barth, avoids the hows and whys of it all and keeps things simple. It focuses on Jack’s realisation that, if no-one else knows The Beatles, then he can pass off their legendary back catalogue as his own.

Before long, Jack is supporting Ed Sheeran – in a surprisingly long cameo – and being whisked off to LA to record a massive double album, with the press heralding him as the greatest songwriter of all time. All of his success, however, is tainted by the knowledge that his songs are stolen, and his rising fame has meant leaving behind his former manager and best friend Ellie (Lily James), who has always secretly carried a torch for him.

Though Boyle is behind the camera, it is Curtis’ style that feels more apparent here. Boyle directs with a flair that’s absent from Curtis’ own directorial efforts, but the film’s closest tonal match is Curtis’ About Time. Yesterday follows the same arc as that film, with the fun of its hokey premise shifting to something far more melancholy in the film’s third act. This builds to the film’s inevitable cameo, a bizarre scene that’s admittedly very ballsy but extremely ill-judged.

The film works better when the focus is on the central romance, which is of course the Four Weddings and Notting Hill man’s forte. Jack and Ellie make for a compelling central couple, with James ensuring Ellie is so peppy and charming that you can’t believe it’s taken Jack this long to realise how he feels about her. For Patel, this marks his first movie role after a stint on Eastenders and he rises to the occasion well, ably stepping into the typical Curtis leading man role. He also has enough musical chops to sell the Fab Four’s songs and there’s a lot of fun to be had in watching him bust out classics like ‘Yesterday’ and ‘Let It Be’ to slack jawed onlookers, as if he’d just written them off the cuff.

It’s in moments like this where the Yesterday’s premise soars and it is undoubtedly more successful as a poppy romance than the treatise on the pitfalls of fame that it strains to be in its later acts. The set-up is a reach for sure, but what happens around it is performed with such earnest charm that it’s easy to forgive this winning film its more indulgent leanings. 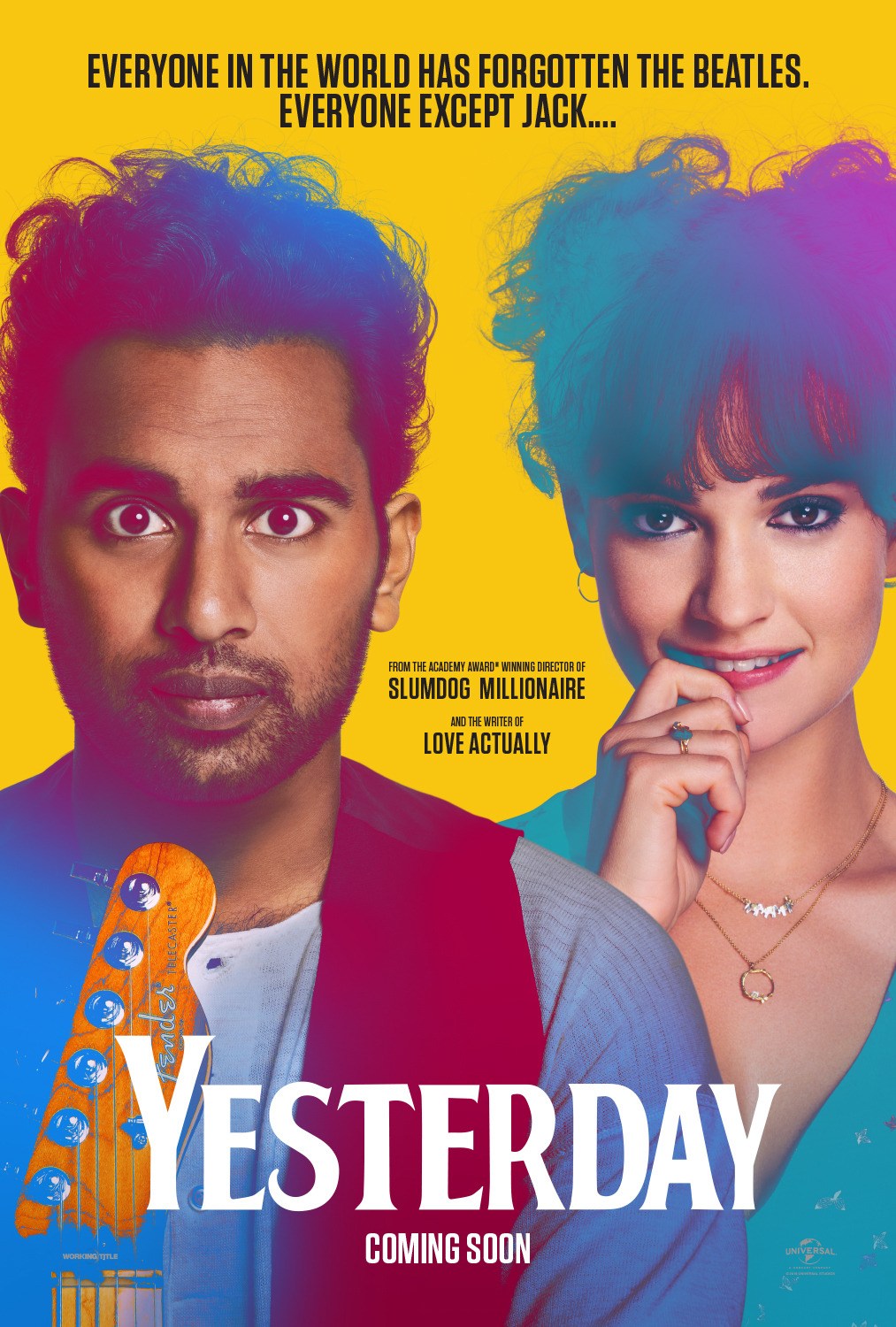