Chinonye Chukwu’s devastating death-row drama Clemency is a powerful showcase for Alfre Woodard’s considerable acting talents, providing the veteran actress with a rare leading role. As Bernadine, a prison warden about to oversee her twelfth death penalty, Woodard gives a masterclass in the effects of repressed emotion and simmering trauma, hiding the toll her job takes on her psyche behind a tough professional veneer that’s slowly beginning to crack.

After the last execution went badly, leaving the prisoner convulsing and bleeding out in front of his traumatised mother, Bernadine is on edge. Next up on death-row is Anthony Woods (Aldis Hodge), a convicted cop killer with a passionate lawyer, Marty (Richard Schiff), attempting to clear his name. Marty sees Bernadine as a cold and uncaring bureaucrat, remorselessly sending people to their death but that couldn’t be further from the truth. Bernadine’s composure and professionalism belie a deep emotional turmoil which grows with every death she oversees.

At home, she drinks herself to sleep on the couch, distancing herself from her loving but exasperated husband Jonathan (Wendell Pierce), who is tired of trying to keep their marriage alive. Woodard and Pierce are wonderful together, as a wife dealing with unspeakable trauma and a husband who, try as he might, can’t ever understand it and doesn’t know how to help her. There’s a stark contrast between the cold restraint of Bernadine at work and the vulnerability she displays at home, and soon that vulnerability begins to seep into her professional life. Her scenes with Hodge, also excellent, are often heartbreaking. Faced with a potentially innocent man on the brink of execution, Bernadine stifles her humanity and empathy, no matter how much Woods cries out for compassion.

Though the subject matter is bleak and heavy, Clemency is a gripping and impactful experience. Chukwu approaches the subject matter with authenticity and subtlety, taking a humane look at an inhumane practice, with a nuanced, powerfully affecting performance from Alfre Woodard at its centre. 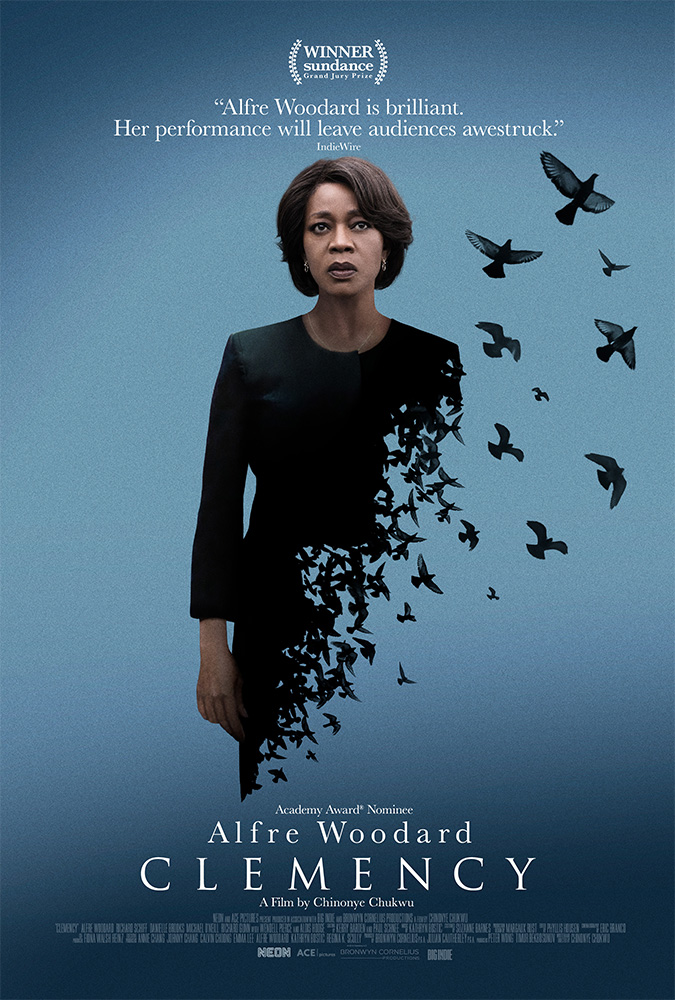