After announcing herself on the international stage with her indelible turn as a haunted mother in The Babadook, Essie Davis once again shines as a parent struggling to hold things together in Gaysorn Thavat’s The Justice of Bunny King. Rather than grappling with the ghostly apparition of grief, this time round Davis – as the titular Bunny King – is trying to overcome past trauma and present bureaucracy to get her life back on track and, most importantly, win her children back.

Davis portrays Bunny as a desperate but resilient woman, whose optimism about her situation comes to seem increasingly delusional as the challenges to regaining custody of her children begin to mount. Eking out a living washing windscreens and sleeping on her sister’s sofa, Bunny must turn things around before social services will trust her to care for 14-year-old Reuben and 6-year-old Shannon.
Street-smart and sharp-tongued but abrasive and impulsive, Bunny is a flawed character whose plight is nonetheless sympathetic. She is caught between social services well-meaning bureaucracy and the unforgiving housing market, with a troubled past and no employment prospects. Her crisis begins to deepen when she uncovers a painful secret in her sister’s home, leaving her on the street with her young niece Tonya (Thomasin McKenzie) in tow.

Though Bunny’s plight is a sympathetic one, the script eventually stretches that sympathy as she begins to make one catastrophic decision after another, digging herself into an even bigger hole. Of course, people do irrational things in real life but Bunny’s rash and self-destructive decisions push the limits of credibility in a way which feels concocted to provide a sufficiently dramatic conclusion to an otherwise thoughtful and nuanced story.

Despite Thavat and Sophie Henderson’s script letting their leading lady down right at the death, Davis’s stellar performance ensures that The Justice of Bunny King does Bunny King justice, with her strength and wit shining through to the bitter end. 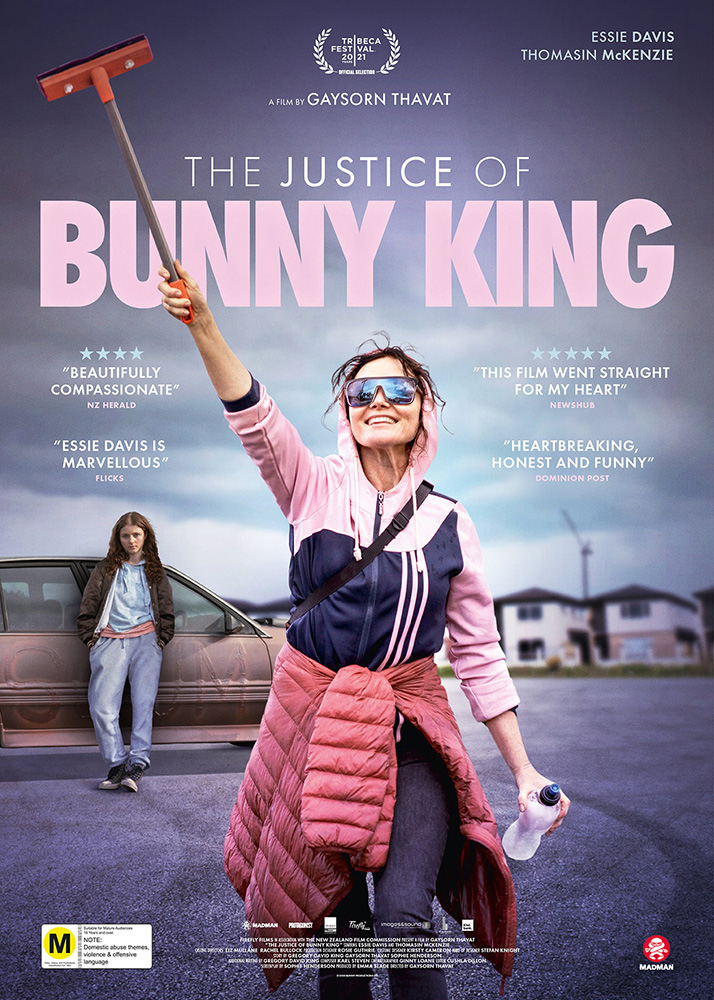