The latest in a long and mostly pointless line of boring horror remakes, Evil Dead takes the basic formula of Sam Raimi’s 1981 cult classic of the same name but twists it into a humourless and unimaginative gorefest. Though the crude effects have been updated and are admittedly more impressive, the clichéd story and insufferably stupid characters feel ancient in a time where horror has been deconstructed and built up again numerous times.

The film focuses on heroin addict Mia (Jane Levy) who heads off to her family’s cabin in the woods with her brother David (Shiloh Fernandez), his girlfriend Natalie (Elizabeth Blackmore) and their childhood friends Eric (Lou Taylor Pucci) and Olivia (Jessica Lucas). The gang have gathered to help Mia kick her habit, holing up in the cabin to keep her away from the temptations of the city.

Not long after they arrive, a disgusting smell leads the gang into a basement filled with strung-up cat corpses and a peculiar book that’s wrapped in barbed wire. For some reason, this isn’t enough to make these increasingly dim-witted characters leave the cabin. In fact, Eric swipes the book and, despite a warning scrawled on the first page stating “Don’t read it, don’t say it, don’t hear it”, decides to start leafing through the curse filled pages and reading aloud the black magic incantations.

When Mia starts seeing things and talking in a demonic voice, Eric doesn’t think to tell anyone about the book. Instead, he goes along with Olivia, a registered nurse believe it or not, who puts the whole thing down to Mia’s withdrawals, even when she projectile vomits blood right in Olivia’s face and takes a pot shot at David with a shotgun.

The junkie angle is a neat twist on convention but how anyone, especially a nurse, could think this extreme behaviour was because of heroin withdrawal is mind-boggling. With characters this stupid, it’s almost impossible to care what happens to them.

Mia soon descends into full on demonic possession mode and director Fede Alvarez ramps up the gore levels as she sets out to kill every one of her friends in the most prolonged and gruesome ways possible. Some of these effects are impressive but what’s the point? The characters are all so irritating and dumb that when they’re shot with nail guns, bludgeoned with toilet lids, stabbed by syringes and so on, you just kind of wish Mia would just kill them quicker and get the whole thing over with.

Alvarez is clearly a capable helmer and for what it is, the film looks good with some impressive make-up and effects that make the gore suitably icky. It’s the script – by Alvarez and Rodo Sayagus – that is the problem here. The characters are bland and one-dimensional, the set-up is clichéd and there’s not an ounce of humour here. The whole thing is played with such a straight face that it’s hard to get on board with any of it.

Fans of the original should stick around for a post-credits stinger that will probably just highlight how bad this lifeless retread really is. 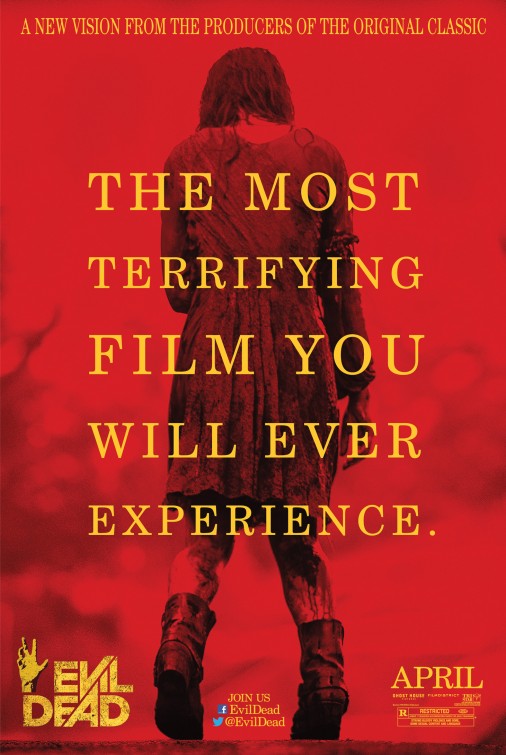