Regardless of what the title might have you believe, Fifty Shades Darker is a far lighter affair than its po-faced predecessor, Sam Taylor-Johnson’s stylish but dull Fifty Shades of Grey. Taylor-Johnson has been replaced here by James Foley and while the visuals aren’t as slick, he doesn’t take the material as seriously and as such the film is more enjoyable, even if it’s almost completely devoid of any real drama.

Ana (Dakota Johnson) has moved on from her damaged millionaire domme Christian (Jamie Dornan) and has bagged a job as assistant to hot-shot fiction editor Jack Hyde (Eric Johnson). Despite her distaste for his kinky tendencies, Christian loves Ana and is desperate to have her back, promising to commit to a ‘vanilla’ relationship and respect her sexual boundaries – so long as she respects his emotional boundaries. The bulk of the film is then a back-and-forth between the two as Christian struggles to get to grips with having an independent girlfriend rather than a permanent submissive. Ana meanwhile is trying to break down Christian’s barriers and force him to deal with the traumatic past that has led to his unconventional approach to relationships.

Occasionally figures from Christian’s past pop in to add some tension, like Leila (Bella Heathcote), a former sub of Christian’s who is stalking Ana, or Elena (Kim Basinger), the older woman who taught him everything he knows. There’s also the small matter of Jack’s growing interest in Ana, which naturally control freak Christian doesn’t take kindly to. But all of these conflicts are resolved surprisingly quickly. We probably haven’t seen the last of these characters – one of them is sure to be back in the next film, Fifty Shades Freed – but all of them are swatted away here without much of a fanfare.

The script does this with all of the problems the couple face, with most of their quarrels being solved quickly with a reasonable chat and/or a breathy sex scene. There’s even a helicopter crash which ultimately goes nowhere, begging the question of why it happened in the first place. There must be a lot planned for the series’ finale because very little of any consequence actually happens here and yet it’s somehow a lot more engaging than it should be. Every turn of the plot is silly and some of the dialogue is laughable but in its own silly way, it’s actually quite fun. Part of that can be attributed to Foley, who presents the material with enough of a wink to let you off the hook for enjoying it.

The real MVP however is Johnson, whose natural charisma and deft comic timing lends an energy and depth to a meek, insipid character. It’s unfortunate that Dornan still can’t match his co-star, delivering another performance that’s too lifeless to really convince. It’s difficult to believe he cares enough for Ana to make any sacrifices for her, or why she would be so desperate to fix him when there’s seemingly nothing beneath the surface. Ana continually rejects his money and refuses to let him help her at work – at least at first – so why is she so interested in him? In a series of films packed with issues, this is perhaps the biggest one: the rest of it would be easier to buy if the central relationship was in some way believable or appealing.

Nonetheless, Fifty Shades Darker is likely to satisfy its target market just as the first one did and then some. There’s an unfortunate element of snobbery towards material that’s primarily aimed at women, with Fifty Shades and Twilight – the series that inspired the original novel – both met with derision, as if most of the blockbusters pedalled to men/teenage boys aren’t just as bad. This isn’t a great film by any stretch, but it isn’t as bad as many would have you believe, fulfilling its primary function as giggly, girls-night-out fodder. 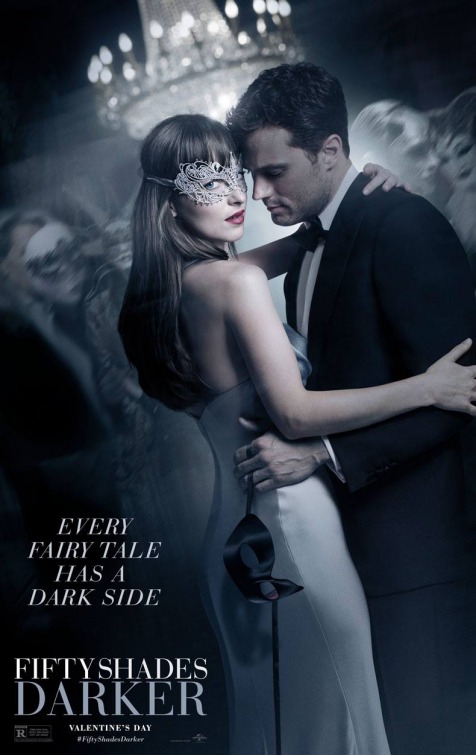