Filling in for her journalist roommate, Ana heads to the Seattle skyscraper headquarters of twenty-something billionaire Christian to interview him ahead of his appearance at their college graduation. There’s a connection between the two with Ana drawn to the older, more assertive man and Christian seemingly taken by Ana’s innocence and ditzy charm. As meet cutes go, it’s perfectly serviceable and indeed the early goings of the film play out like a standard romantic comedy, albeit with a creepy twist. Christian pops up at Ana’s workplace – a DIY store – to buy duct tape, cable ties and rope, of all things. He offers her a photo op for the article and eventually takes her out to coffee. This is where things start to get weird.

A few more dates follow before Christian has Ana sign a non-disclosure agreement, legally forbidding her from telling anyone what goes on in their relationship. Surely enough of a red flag for most women to bail but he’s an enigmatic billionaire with chiselled abs so Ana signs it, hoping this will be her chance to bed Christian. It’s not as simple as that though, as dark, complicated Christian isn’t interested in a conventional relationship, instead offering Ana a contract that states she will be his submissive and he her dominant, controlling every aspect of her life, from what she wears and eats to the whipping and spanking he wants to inflict on her in his ‘red room of pain’. “What do I get in return?”, asks Ana. “Me.”, he replies.

As ridiculous set-ups go, this one is particularly hard to swallow. No level-headed girl, as Ana appears to be, would even consider such a thing and it’s problematic that the film plays this controlling, unhealthy, abusive relationship as a romance. The contract becomes the thrust of the narrative from then on with Christian’s controlling ways continually driving Ana away before he wins her back with expensive gifts, earth-shattering sex or extravagant dates.

The Christian character is probably the biggest problem with the film. He isn’t nearly charming enough and is a frustrating mess of contradictions: he continually tells Ana he won’t sleep with her, yet sleeps with her every other night; he’s never pictured with any women, but he enthusiastically grabs Ana for a photo op at her graduation; and he isn’t interested in vanilla sex, but there are numerous scenes of the two doing just that long before he dusts off his cat o’ nine tails.

Which leads on to another big problem: the sex. For a book that’s famous almost entirely because of its depiction of sex, the attitude to sex here baffling. The film wants to focus on sado-masochism but never portrays it as anything other than a weird obsession for a damaged billionaire with a troubled past. It’s clear that all of Ana and Christian’s interactions are consensual but never does it treat Christian’s sexual preferences as anything other than weird and unacceptable.

It’s no surprise then that the sex scenes are typically coy Hollywood fare, never attempting to push the envelope. The sex is well shot and beautifully lit for sure but there’s nothing beyond the usual timid shots of a breast here, a bum there and a hazy cut away to the afterglow. Curiously, the scenes are almost exclusively shown from the male gaze, with all the focus on Ana’s naked body rather than Christian’s; a weird move for a film made by and for women.

It’s easy to understand why Taylor-Johnson and co played it safe though. Fifty Shades is a book that is widely mocked, even by those who like it, and any film adaptation was always going to be met with giggles and derision. To Taylor-Johnson’s credit, this is a film that could’ve been a disaster but she has done about as well as could be expected with the material. Her direction is solid and suitably stylish but only one scene in the film really pops: a beautifully shot business meeting between Ana and Christian to comb over the creepy sex contract, with moody lighting and a beautiful cityscape providing a striking backdrop to the witty negotiations.

It’s the only scene where Dornan and Johnson display any real chemistry too. Dornan struggles with a poorly conceived character (as well as an American accent), never really providing the necessary presence or charisma to make Christian in anyway appealing. Johnson fares much better and proves to be the film’s biggest positive, imbuing another weakly written character with some depth and a welcome sense of humour.

Ultimately, Fifty Shades of Grey is a worthy stab from Taylor-Johnson at adapting a tricky source material but in the end, she can’t overcome the faults of EL James’ story. It’s encouraging that a film so focused on sexuality, particularly coming from a woman’s point of view with a female writer (Saving Mr Banks’ Kelly Marcel) and director behind it has received such widespread publicity and is already taking a massive box office haul; it’s just unfortunate that it had to be this one. 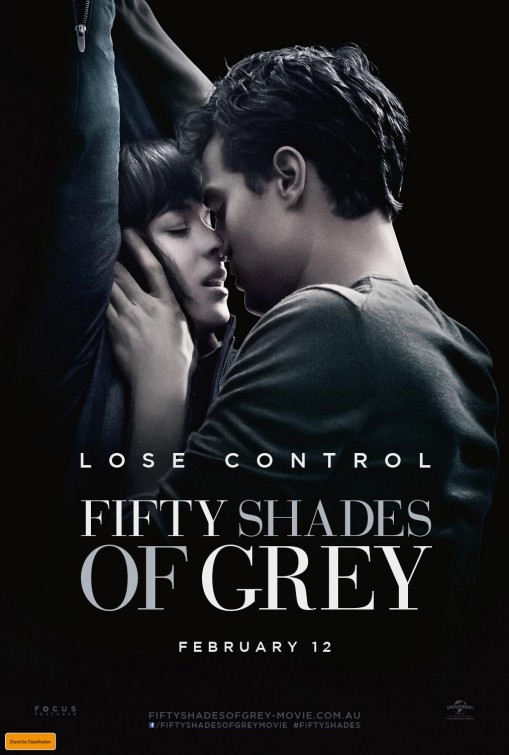