It’s unfortunate for Sebastian Silva that his latest film, Tyrel, has arrived while Get Out is still so fresh in the memory, so unavoidable are comparisons to Jordan Peele’s Oscar-nominated horror. But Silva’s film strips back the horror and satire for a more low-key comedy that explores the social and racial dynamics at play when a lone black man joins an all-white group for a boozy weekend.

Jason Mitchell stars as Tyler, a chef from New York City who is heading to the Catskills with his buddy Johnny (Christopher Abbott) for a two-day birthday bender. The birthday boy is Pete (Caleb Landry Jones), and he’s invited all of his friends to a big house owned by Nico (Nicolas Arze) to get drunk and high for a weekend. Everyone knows each other except Tyler, who has only tagged along to get a break from his girlfriend’s family.

Being the only black guy in the group, Tyler is on edge from the get-go even though the group are generally very welcoming. They try to include Tyler in their oafish banter, but from a mispronunciation of his name to some fairly offensive games, Tyler winds up feeling more excluded than ever. There’s nothing malicious but the microaggressions begin to pile up and Tyler’s paranoia grows, particularly as the whiskey starts to flow.

What Silva captures brilliantly is that feeling of being the odd man out, even without the racial undercurrent. There’s something deeply, painfully relatable about being trapped in a raucous group of strangers who don’t quite get you. Tyler oscillates between deliberately isolating himself and trying to fit in, with neither direction working out all that well for him. Things start to look up when eccentric rich kid Alan, played by an excellent Michael Cera, turns up late to the party and takes a liking to Tyler. He’s the only guy in the group who openly acknowledges Tyler’s race. There’s something borderline uncomfortable about some of his jokes but you get the sense Tyler is just glad that someone is addressing the elephant in the room.

It’s another intriguing dynamic in a film full of them. Silva teases the prospect of Tyler having an ally in the group in Dylan (Roddy Bottum), an older gay man. He’s similarly uncomfortable with some of the unfettered machismo on display but he never fully emerges as a sympathetic ear. There’s also a brief appearance by Reg E. Cathey that is briefly startling: Silva has built up so much tension and paranoia by this point that the mere sight of another African American character is both a shock and a slight relief.

At the centre of it all is a fantastic performance by Straight Outta Compton breakout Jason Mitchell, who charts Tyler’s relative descent into madness with impressive restraint and subtlety. He provides a sympathetic centrepoint in a film that can be chaotic around the edges, from the boorish bros and their party antics to Silva’s swirling handheld camerawork. Tyrel is the Chilean director’s most accomplished work to date, a sharply observed exploration of bro culture, code switching and male friendships that proves Silva has a keen eye for social dynamics. 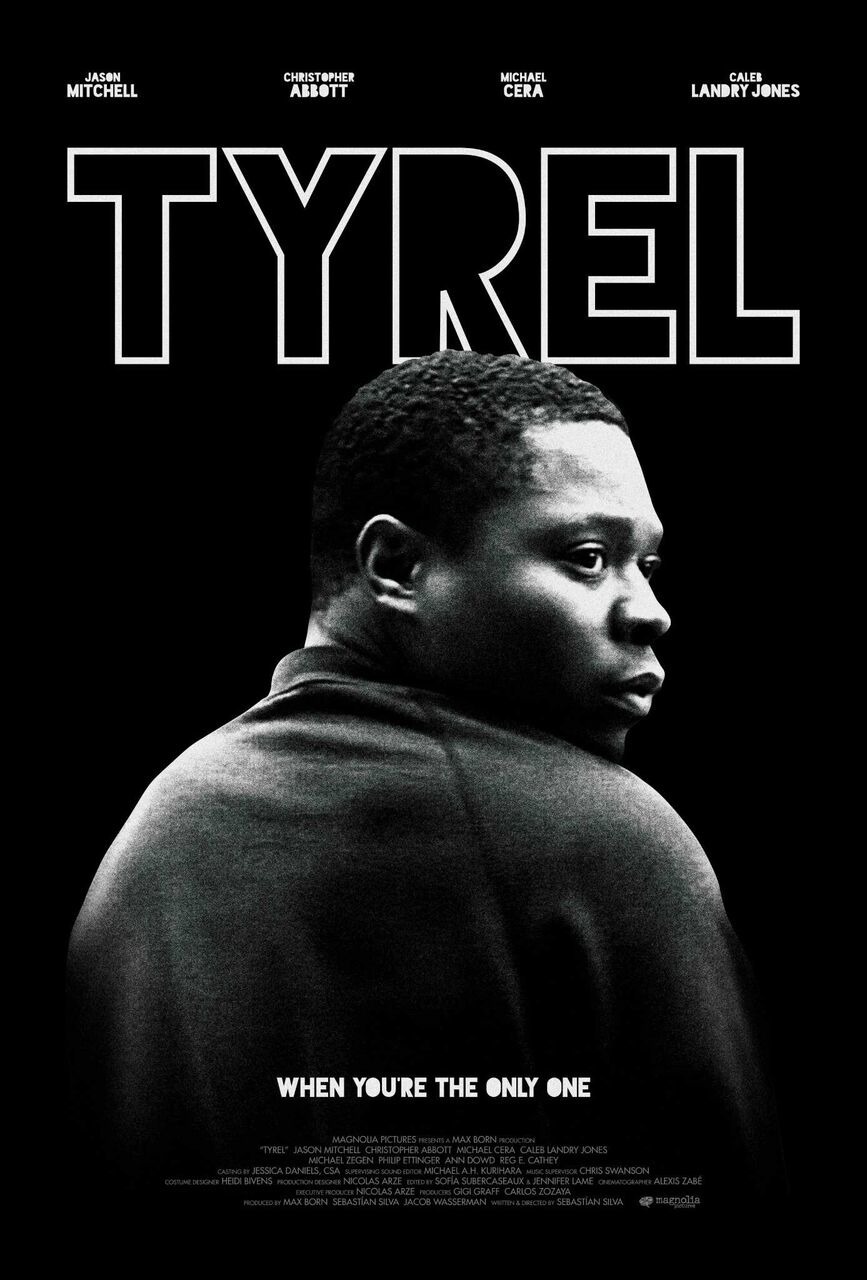