At the centre of Nick Rowland’s muscular debut feature Calm With Horses – a bleak exploration of family and loyalty in rural Ireland – is a startling breakout turn from musician turned actor Cosmo Jarvis. The young Brit channels the bruised machismo of Brando, with just a hint of Stallone’s punch-drunk sweetness as Arm, the lumbering enforcer for low-level crime family the Devers. In the film’s brutal opening, we see Arm doling out a vicious beating to someone who wronged the family. It’s a scene of visceral, unflinching violence that both establishes the no-holds-barred world these characters inhabit but, unbeknownst to Arm, is the catalyst for everything that will follow.

Adapted from Colin Barrett’s novella by first-time screenwriter Joe Murtagh, the narrative is less concerned with crime and more interested in Arm’s internal struggle. He’s loyal to his employers, particularly the sadistic Dympna (Barry Keoghan), who presents as a friend but really just plies Arm with drugs and booze, and uses him as a vicious lapdog. As the stakes begin to rise in Arm’s professional life, so too does his desire to become a good father to his young son Jack (Kiljan Moroney), whose mother Ursula (Niamh Algar) needs money to send the boy to a special-needs school.

Though the story is familiar and the characters archetypal, the material is enlivened by the richly drawn relationships and powerful performances. In a sensitive, layered performance, Jarvis finds a tenderness beneath the brutality that makes Arm a sympathetic character, someone who has accepted his violent lot in life and is only just beginning to see a way out. Alongside Jarvis, Keoghan imbues Dympna with an unpredictable energy, a nasty teenager emboldened by his family’s reputation but undercut by the sense that he’s in over his head. Algar, meanwhile, almost steals the whole film as a woman desperate to stop her son being consumed by the corrosive environment that has ensnared Arm. Jarvis and Algar are wonderful together, conveying a deep shared history and lingering affection which makes Ursula’s frustration and heartache understandable.

In only his first feature film, Rowland slickly blends grisly genre thrills with affecting human drama, making Calm With Horses a grim tragedy that still manages to be engaging and compelling. 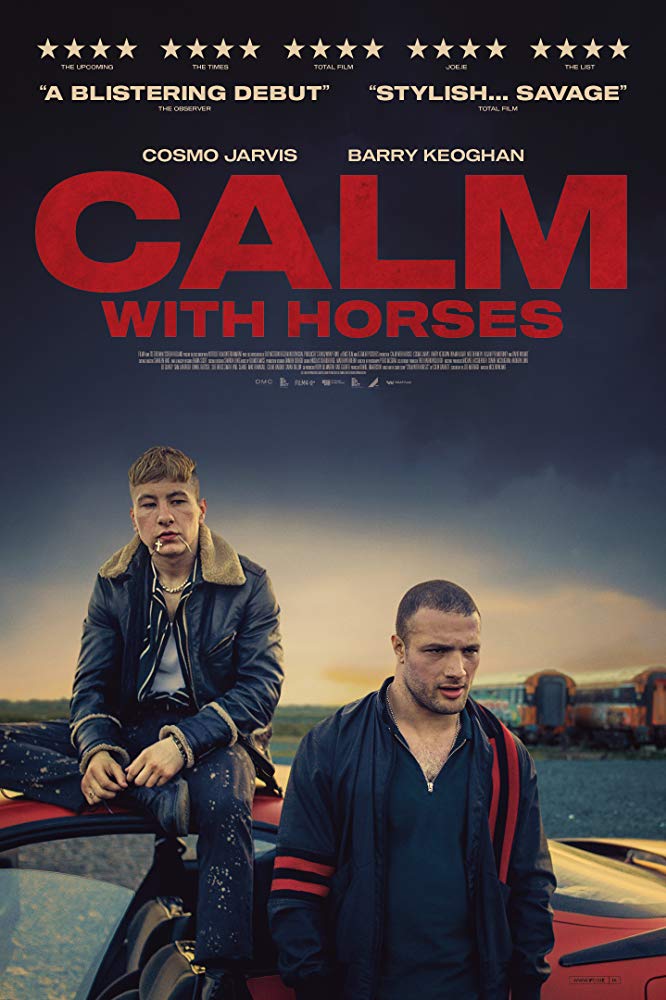