Marketed as something of an erotic thriller, Only You filmmaker Harry Wootliff’s sophomore effort True Things is far too drab and sedate to illicit any eroticism or thrills, despite a compelling central performance from Ruth Wilson. She stars as Kate, a listless thirtysomething with nothing going on besides a grim job at the benefits office. Her mundane life is upended one day when she meets Blond (Tom Burke), an ex-con and walking red flag with a greasy mop of bleached hair and a grubby swagger. She’s intrigued by him: he’s inscrutable, impulsive and intense, just dangerous enough to shake her out of her current funk.

Blond’s courtship of Kate is direct to the point of being pushy but after a clumsy tryst in a multistory car park, intrigue quickly turns to intoxication as she becomes obsessed with him to the point her job and other relationships begin to suffer. Blond has a hold on her and he uses it to keep her onside, no matter how toxic his behaviour becomes. It starts with the odd casually cruel comment – “you’re not wearing those shoes, are you?” – then he’ll drop off the radar for days on end, never with any real explanation. Despite Kate’s infatuation, you get the sense Blond couldn’t care less about her and is content to use her for whatever he needs.

This depiction of abusive behaviour is chilling and often recognisable but the film never gets any deeper than that. Neither character is fully developed enough to really buy into their motivations or behaviour. Sure, Kate is a lost soul looking for love, but her attachment to Blond seems to go beyond the point of credulity in the film’s third act. It’s here that Wootliff strains to raise the stakes but even the minor drama here doesn’t ring true, undercut by Kate’s bizarre decisions and abrupt, unearned awakening.

Despite the shortcomings of the script, Wilson’s rich performance enlivens the material. She smartly layers in a hopefulness beneath the ennui that makes Blond’s treatment of her all the more painful to watch, particularly in the film’s stronger first half. It’s a pity that True Things doesn’t give her anywhere to go with this character.

True Things screened at the 2022 Glasgow Film Festival and will be released in the UK on 1st April 2022. 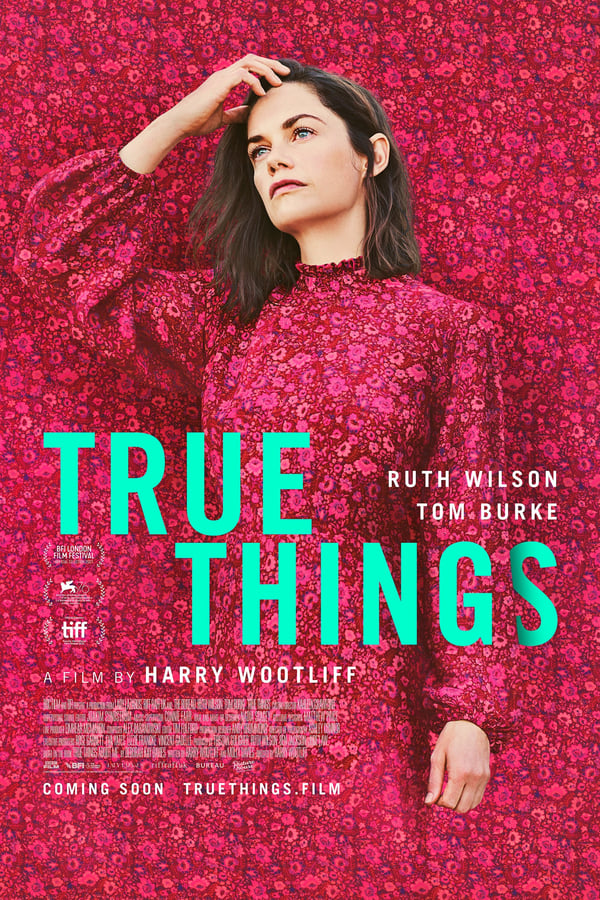