Stallone and De Niro step back into the ring to duke it out old school style, is Grudge Match a crowd pleaser or does it fall flat on the canvas?

Seeing Sylvester Stallone and Robert De Niro – arguably two of cinema’s finest boxers – unite for a film where they play ageing boxing rivals has potential to be an interesting piece of viewing for meta reasons if nothing else. Stallone plays Henry ‘Razor’ Sharp and Deniro plays Billy ‘The Kid’ McDonnen, two retired athletes who have unfinished business in the form of a rematch to decide once and for all who is the better fighter.

The rematch didn’t happen due to Sharp’s premature retirement from boxing following a win over a weakened McDonnen. Fast forward many years later where they are both considerably older, Sharp is not so well off and working in a low paid job where McDonnen owns a car dealership and a restaurant (both successful). The idea of the rematch comes about after both are hired to do motion capture for a boxing video game which forces them into the same room together and reawakens the old rivalry. Kevin Hart’s unspeakably annoying Dante Slate, Jr sets the whole thing up and the film spends most of the runtime building up to the big event.

The film adopts a formula that many sporting rivalry films have been following recently e.g. Gavin O’Connor’s Warrior. This formula being that of binary protagonists; in contrast to the Rocky movies where there is a clear antagonist that the “hero” must defeat. In Warrior and this film the audience follows both characters equally and given the opportunity to make up their mind who they like best and who to root for in the inevitable final confrontation.

Stallone sticks to what he knows in playing the working class hero. Henry Sharp lives alone in a run-down part of town, struggles to make ends meet and is responsible for the medical bills of his old friend Louis ‘Lightning’ Conlon, played to perfection by the always hilarious Alan Arkin. Sharp echoes Rocky Balboa enough for the audience to fill in the gaps should they need to.

De Niro’s Billy McDonnen is a little more layered. On the surface he’s hugely unlikeable, a brash, uncaring, womaniser who generally acts like your typical spoiled rich guy. More depth is shown to his character in his interactions with his son B.J (Jon Bernthal) and his grandson, in an unoriginal estranged son plot that does little but go through the motions. Sufficed to say in the course of the film McDonnen becomes a better man through getting in touch with his family.

The film spends a lot of time delving into the history of these two characters and why they hate each other so much, predictably it’s all over a girl named Sally (Kim Basinger). Both men were involved with her in their life and she’s indirectly the cause of their hatred for one another. This is altogether predictable but not too badly executed nonetheless, both of the lead actors sell their characters very well and putting the rivalry at the forefront of everything produces some genuine laughs with perhaps one too many homage’s to Raging Bull and the Rocky series.

The film is well-paced, ensuring the predictable plot – which includes every sport movie trope you can think of, from training montages to pre-fight self-doubt – doesn’t outstay its welcome, with enough time given to some solid character development. In the supporting cast, Alan Arkin dazzles as ever with some laugh-out-loud one-liners but, on the flipside, Kevin Hart irritates in every scene.

The final confrontation is nicely staged but not overly exciting to watch. It looks pretty much how you’d expect a bout between two men in their 60s to look. None of the “edge of the seat” feel that’s integral to films of this type can be found here and the result is somewhat glossed over making the ending lack any form of payoff.

All in all, Grudge Match is enjoyable but nothing special, the two leads elevate what is otherwise pedestrian material. The constant references to Rocky and Raging Bull only serve as a reminder of far better films. If the final fight had been more exciting then maybe the film would be more memorable but it seems that this film is destined to fade away into obscurity. 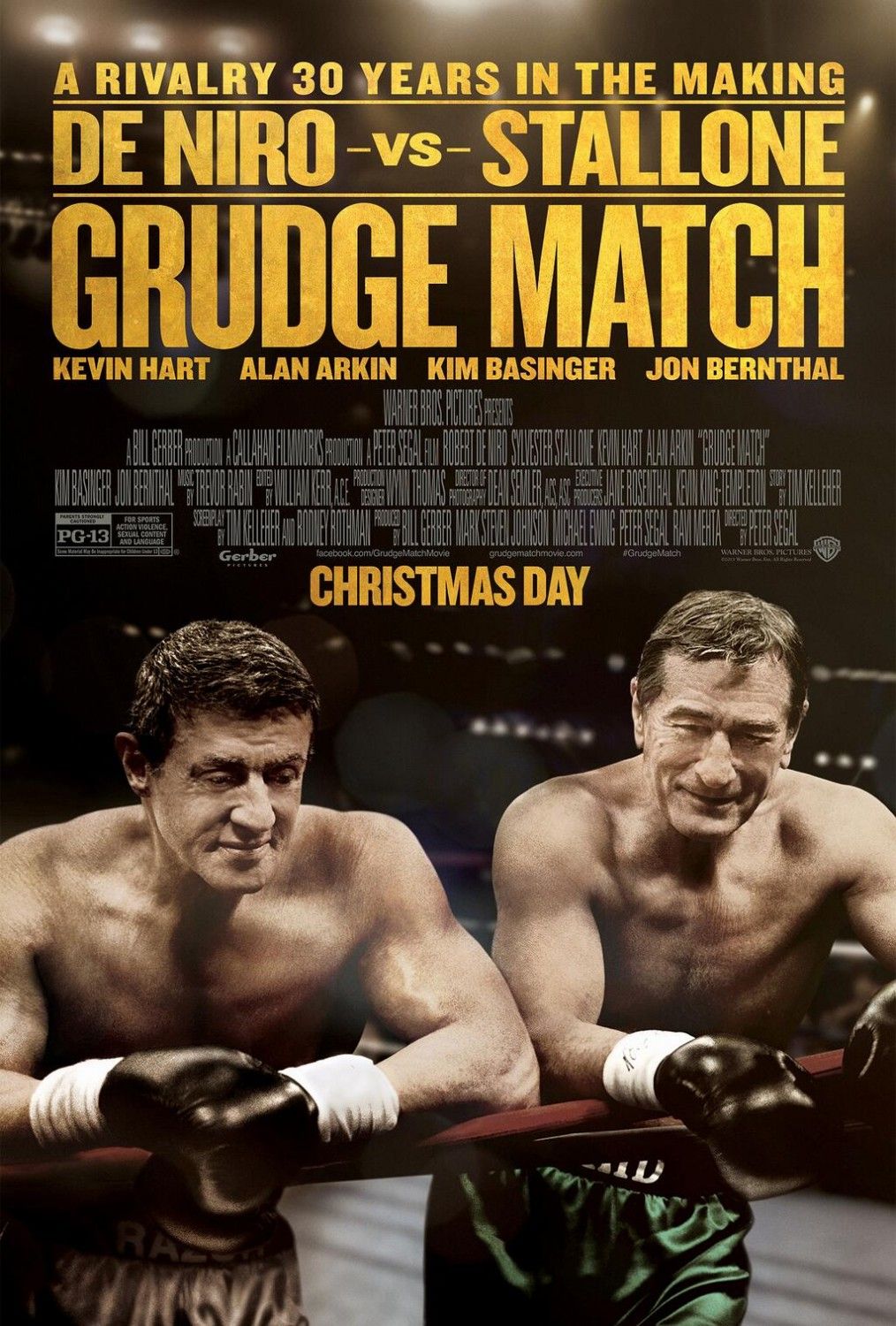