After being cut from the USA softball team, Lisa finds herself in the middle of a burgeoning love triangle involving George, a sweet businessman facing an indictment, and Matty, a womanising pro-baseball star.

Writer/director James L. Brooks has had an extremely long and successful career, spanning over four decades he has written and directed numerous TV shows (Taxi, The Simpsons) and movies (Broadcast News, As Good As It Gets). He returns here with his first film since 2004’s disappointing Spanglish and unfortunately How Do You Know is closer in quality to that film than his previous classics.

The film focuses on two people whose worlds are collapsing. George (Rudd) is being indicted from his father’s company and is potentially facing jail time. To make matters worse, George’s girlfriend decides to ‘hit the pause button’ on their relationship until his future is decided. Lisa (Witherspoon) is a pro softball player who, at the age of 31, has been deemed too old to continue playing in the US national team. She is also in the early stages of a relationship with the shallow, narcissistic Matty (Wilson), a pro baseball pitcher and massive womaniser who even keeps a stack of new toothbrushes and women’s tracksuits for his ‘guests’.

George and Lisa are set up by Lisa’s team mate and first meet via a couple of awkward phone calls. After a slightly bizarre first date where the pair agree not to talk, George falls for Lisa and through some convenient plot contrivances – Matty lives in the same building as George’s father (Nicholson) – the pair of course meet again. The problem is, Lisa is moving in with Matty and George is in no place to be starting a relationship.

Rudd and Witherspoon are two immensely likeable actors and have good chemistry together. Rudd here is the charmingly goofy romantic lead, a persona that threatened to be his bread and butter after Clueless but was somewhat derailed by a succession of brilliant supporting roles in Apatow features. Witherspoon is adoreable as ever, if entirely unbelievable as a professional athlete. It’s unfortunate that the screenplay conspires, as is often the way with romcoms, to keep the pair apart as much as possible and by the time the film reaches the end of its bloated 121 minute running time, it feels like they’ve gotten together about half an hour too late.

The film also never really decides what it wants to be. It seems like a fluffy romantic comedy but overcomplicates things with the muddy subplot of George’s impending indictment, something that’s never fully explained and often seems to have been forgotten. The laughs quota is staggeringly low considering the talent involved with Owen Wilson the only one really given any good comedy to work with. The end result is a film not funny enough to be a comedy and not interesting or moving enough to be a drama. The charismatic cast do what they can with the material and it’s enjoyable enough but is ultimately sunk by a muddled tone, an overindulgent running time and a lack of laughs. 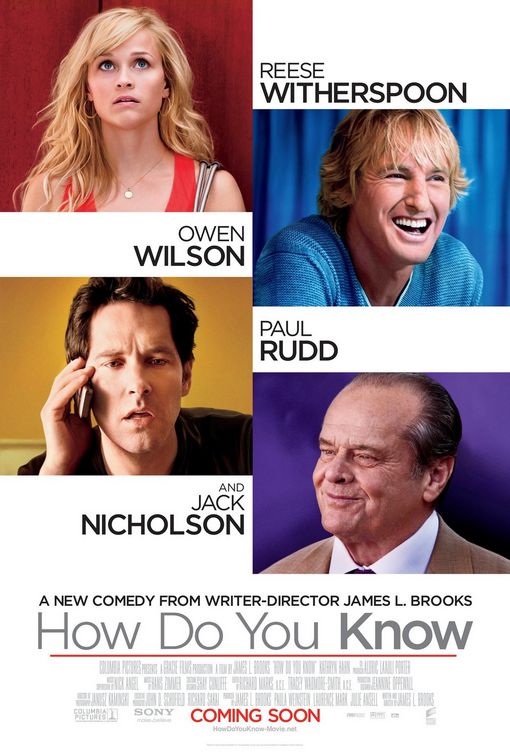