Between Stephen King’s original novel and the beloved 1990s TV adaptation, IT has been scaring the bejeezus out of people for over thirty years. Now a big screen adaptation has come along to terrify a whole new generation of teens, as well as satisfying the adults who still carry fond memories of their own childhood scares. In shifting the action from the ‘50s to the ‘80s, Mama director Andy Muschietti has ensured this version of IT will have maximum nostalgic impact, setting it in the milieu in which most fans first enjoyed it. This is no cheap trick to capitalise on the current wave of ‘80s throwbacks – most, like Stranger Things, borrow heavily from King anyway – but it feeds into the film’s central exploration of childhood fears and anxieties, both real and imaginary.

The film is set in Derry, ME, a small town with unusually high statistic when it comes to missing persons, particularly children. In a chilling opening scene, we find out why, as young Georgie (Jackson Robert Scott) is lured down a storm drain by a sinister clown named Pennywise (Bill Skarsgard). Though the bodies never turn up, Georgie and the other kids are assumed dead, but his brother Bill (Jaden Lieberher) won’t give up on him that easily. He rounds up his friends, a gaggle of misfits who self-identify as the Losers’ Club, and together they spend their summer vacation trying to find Georgie and solve the mystery of the missing children.

The bulk of the narrative from that point on plays out like an ‘80s kids adventure film in the vein of something like The Goonies or King’s own Stand By Me, but with frightening horror interludes. We follow these kids they try to navigate all kinds of coming-of-age tropes, from vicious bullies to impending puberty, all in a town where the adults are neglectful at best and a creeping, malevolent force lurks around every corner. Pennywise isn’t the only manifestation of this evil creature, which appears every 27 years to feed on the fear of the children. It appears to the Losers in different ways, each one playing on their deepest, darkest fears, most of which are based on the traumas the kids are facing in their real lives. In some cases, the nightmares that Pennywise dreams up are nothing compared to the horrors the kids have to contend with day to day.

Among many things, IT is an ode to childhood friendship and a beautiful depiction of the innocence and imagination we all possess before the realities of adolescence and adulthood begin to take over. They’re still suspicious of adults – and rightly so considering the adults in this town – and largely treat them as the enemy, relying only on each other, which is a bond that will come to be crucial to facing up to Pennywise. Every one of these perfectly cast characters resonate but it is Lieberher, Lillis and Jeremy Ray Taylor (as chubby new kid Ben) that make the biggest impressions.

But for all of IT’s other virtues, what will really make or break the film for many horror fans is whether it’s scary or not. So how scary is it? Well, that’s subjective of course but Muschietti does dream up some imagery that burns itself onto the brain and stays there for days after. Most of the scares come via scenes of escalating horror and intensity – a faulty projector provides the most gut-churning scene – and Muschietti does a good job of filling the background with little details that keep the threat of Pennywise alive even when he isn’t on screen. When he is on screen, the CGI-enhanced Skarsgard ably fills Tim Curry’s outsized shoes, finding the right mix of oddly charming and utterly horrifying, with a lilting, goofy voice and a dripping, sickly smile.

Unlike the book and miniseries, this version of IT has chopped out the scenes following the characters as adults and will tackle those in a second chapter. This proves a wise decision as, even though it clocks in at almost two hours, IT does occasionally feel rushed, with a subplot involving the school’s chief bully in particular escalating far too rapidly. Thankfully Muschietti manages to wrap things up neatly enough that this film works well as both a standalone piece and the first chapter of a grander story, while providing us with characters who are well worth catching up with again. 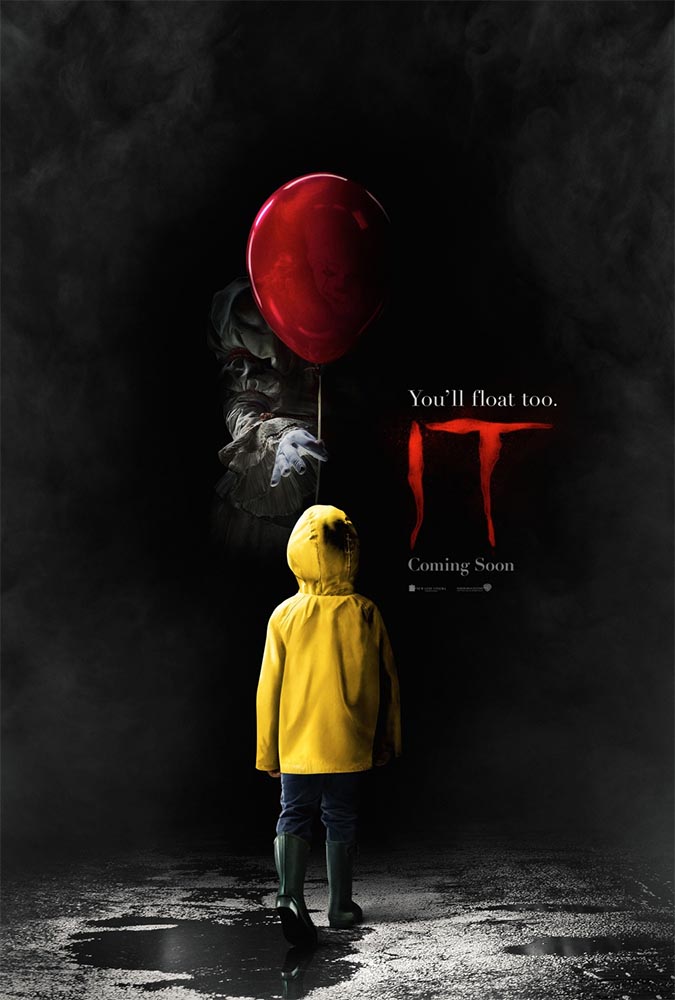