Clint Eastwood gets back in the director’s chair and returns to surer ground after 2010’s moderate failure Hereafter with this steady and pleasing, if unremarkable, biopic of one of American history’s most controversial characters. J Edgar Hoover sat at the head of the FBI for almost 50 years, revolutionising law enforcement in the process It was also alleged, although still denied by the FBI, that Hoover was a closeted homosexual and even took to wearing dresses on occasion. Perhaps the closeted, repressed J Edgar Hoover offers the perfect counterpoint to the open and flamboyant Harvey Milk, the first openly gay elected official in US history and the subject of screenwriter Dustin Lance Black’s previous film.

Black’s screenplay here uses an old Hoover (Leonardo DiCaprio, under heavy prosthetics) dictating his memoirs to a series of young FBI agents as a device to take us through the key events in his life, private and professional, charting his rise to director of the Bureau of Investigation, to the founding of the FBI and through his discrete power struggles with numerous senators, presidents and even Martin Luther King. Aided by his loyal secretary Helen Gandy (Naomi Watts), Hoover kept confidential files on everyone, including incriminating sexual recording and transcripts on the likes of JFK, FDR and anyone else who he saw as a threat to him and his Bureau.

It is when the focus is on his private life that the drama really comes to life, particularly his relationship with Clyde Tolson (Armie Hammer). We first see Tolson as a young college graduate, introduced to Hoover in a bar and it’s clear that there is an immediate attraction. Hoover brings Tolson in as his associate director at the FBI and the pair soon become inseparable. While there’s an overwhelming amount of evidence to suggest that the men were lovers, the truth will never really be known but the film goes on the assumption that they were. However, there’s no sensationalism here, their relationship is handled with great care and subtlety by all involved. For a long time, nothing is said between them, there’s a silent understanding that they can never act on their feelings but the longing and affection is evident in the small gestures.

Both actors excel in these scenes and throughout the film in general. It’s easy to underestimate DiCaprio’s performance but it takes great restraint and commitment to portray someone who was so shut down and lacking in charisma. This is in fact a very strong performance. Hammer, who impressed as the Winklevoss twins in The Social Network, is subtly impressive here too, portraying Tolson as more outgoing and perhaps more comfortable with his sexuality than Hoover, though he too knows that his career and possibly more would disappear if he was open about it. Their relationship, presumably forever unconsummated, is the tragic heart of the film. They ate every meal together, socialised in the evenings together and even vacationed together for decades before Hoover’s death, when his entire estate was left to Tolson. Yet despite this, the true nature of their relationship had to always remain hidden and they could never be open with anyone, perhaps even themselves, about the feelings they carried for each other.

As a period biopic, Eastwood has crafted a very solid, classy film with DiCaprio’s central performance raising it up a level. The period detail throughout is superb and the supporting cast, many playing real characters, are strong across the board. The film’s main failing is the makeup effects applied to DiCaprio, Hammer and Watts to allow them to play the character into old age. Watts fairs the best and DiCaprio manages to overcome his subtler prosthetics but poor Armie Hammer ends up buried beneath a bizarre facemask that at first glance makes him look like a muppet with liver spots. It’s one mark against an otherwise strong film that remains entertaining throughout, if never entirely as thrilling or powerful as you would hope. 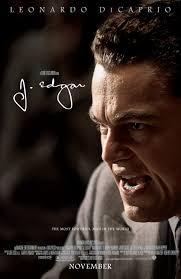