After years in development hell and arriving just in time for the main character’s centenary, can John Carter, Edgar Rice Burroughs second most famous creation, shrug off an insipid marketing campaign and uninspiring title to captivate a generation already familiar with the legions of imitators who have found their way to the screen since his first appearance in a 1912 magazine serial?

Based on the novel A Princess of Mars by Edgar Rice Burroughs, John Carter has had a troubled journey to the big screen, hopping from studio to studio, leaving numerous creative teams trampled in its wake before the project finally settled at Disney, where it became Andrew Stanton’s (WALL-E, Finding Nemo) fourth film as director and his first with live action.

The script by Stanton and fellow Pixar alumni Mark Andrews (director of the forthcoming Brave) and using earlier work by Michael Chabon, takes some liberties with the plot of the original novel, incorporating elements from later books in the series and seemingly shortening the length of Carter’s stay on Barsoom (the native’s name for Mars). The result is, visually at least, a near flawless mix of live action and CGI with a rumoured production budget north of $250 million. Skip the 3D version if you can as it mars some of the otherwise painterly settings, separating characters from their environment like cardboard cut-outs in the desert.

The film opens with a bang and takes a while to settle down, introducing us mid battle to the competing factions of the humanoid Martians. The people of Helium, the last stronghold of science and reasonableness and those of Zodanga, the mobile parasite city, in a mid air tussle narrated by Tars Tarkas (Willem Dafoe doing excellent voice work), chieftain of a band of nomadic Tharks (the ones with the extra arms). This situation is then abandoned for some time as we first meet John Carter (Taylor Kitsch doing a decent job of balancing haunted and heroic) and then Edgar Rice Burroughs himself (Daryl Sabara) before flashing back by way of Carter’s journal to the beginnings of the story proper.

There are some great sequences in the film, Carter’s negotiations with the Union cavalry a crowd favourite and demonstrating Stanton’s skill as a filmmaker but too often there is a lot going on and often why it is going on is not at all clear. In particular the behind the scenes villain’s plot to murder the Princess on her wedding day seems to go against the idea that by marrying her the Zodangan leader gains control of Helium as well. Or his exposition on motive, which while cleverly shot drags the story to a screeching halt and doesn’t provide much in the way of interest, his explanation for his own actions being somewhat woolly.

But there is also much to enjoy once Carter gets to Mars and discovers the lower gravity gives him abilities akin to superpowers. Shakespearean actress Lynn Collins as Dejah Thoris is radiant – princess, scientist, semi-obedient daughter and swordswoman, making Carter’s eventual infatuation completely understandable. Willem Dafoe and Samantha Morton bring their respective characters to life via voice work and motion capture although Thomas Haden Church doesn’t fare so well being limited to a large amount of grunting. And everybody loves a cute puppy no matter how many legs they happen to have and Woola is no exception.

Stanton wraps things up neatly with the help of Edgar Rice Burroughs (the character) and we can only hope that the film is sufficiently successful to warrant a more streamlined sequel now that the stage has been set. 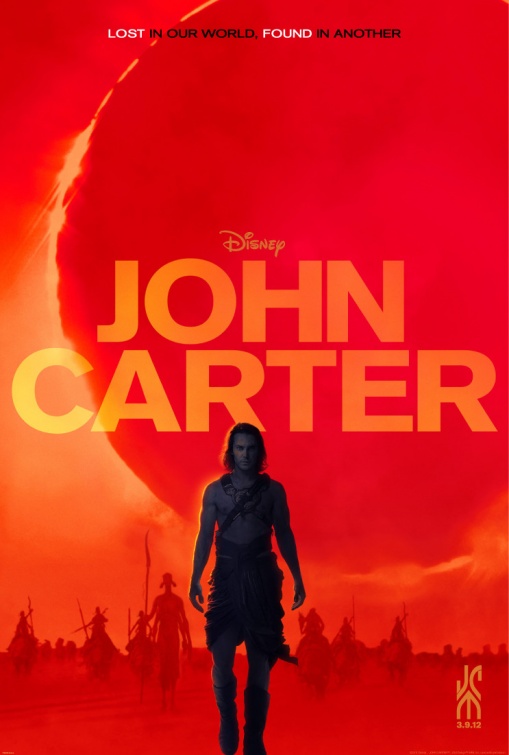