Debut writer-director Jeymes Samuel opens his swaggering neo-western The Harder They Fall with an assurance that, while the film isn’t based on a true story, “these people existed”. Assembling a collection of Black heroes and villains from the history of the Old West, Samuel crafts a lively and intermittently entertaining film that pays homage to both the Black settlers it portrays and the Westerns and B-movies that influenced it.

The story is essentially a straight-forward revenge tale as vigilante Nat Love (Jonathan Majors) sets out to avenge his parents’ murder by finding their killer, an infamous outlaw named Rufus Buck, played with quiet menace by Idris Elba. Aiding him in his quest is his sidekick Jim (RJ Cyler), a cocky young gunslinger on a collision course with Cherokee Bill (Lakeith Stanfield), a member of Buck’s gang and the fastest hand in the west.

His background in music and connection with Jay-Z – with whom he co-produced the music for Baz Luhrmann’s The Great Gatsby – is no doubt what helped land Samuel such an exciting cast for his debut feature. Majors, Stanfield and Elba are joined by the likes of Zazie Beetz, Delroy Lindo, Deon Cole and a fantastic Regina King, lending weight to a film that otherwise feels every bit like an experimental debut. As the film moves from one cool shot to the next, set to a pounding, anachronistic score, you get the sense that Samuel has been existing on a diet of Ford, Leone, van Peebles and Tarantino, and is bursting to get his own amalgamation of their works onto the screen.

That enthusiasm is at times infectious and if the film’s main aim is to be cool, then it has succeeded. The soundtrack is cool. The dialogue is cool. The actors are all cool. Their costumes? Cool. But none of this cool stuff really adds up to a compelling narrative. Despite his flair for visuals and mastery in meshing them with modern music, Samuel struggles to conjure any real dramatic tension. The film sacrifices momentum at every turn, grinding to a halt for another set-piece or violent showdown that ultimately begin to feel repetitive.

Overlong and overstuffed but not short on individual moments of brilliance, The Harder They Fall is an interesting first feature from Samuel. He has swung open the saloon doors of Hollywood and come in all guns blazing, but not every shot hits its target. 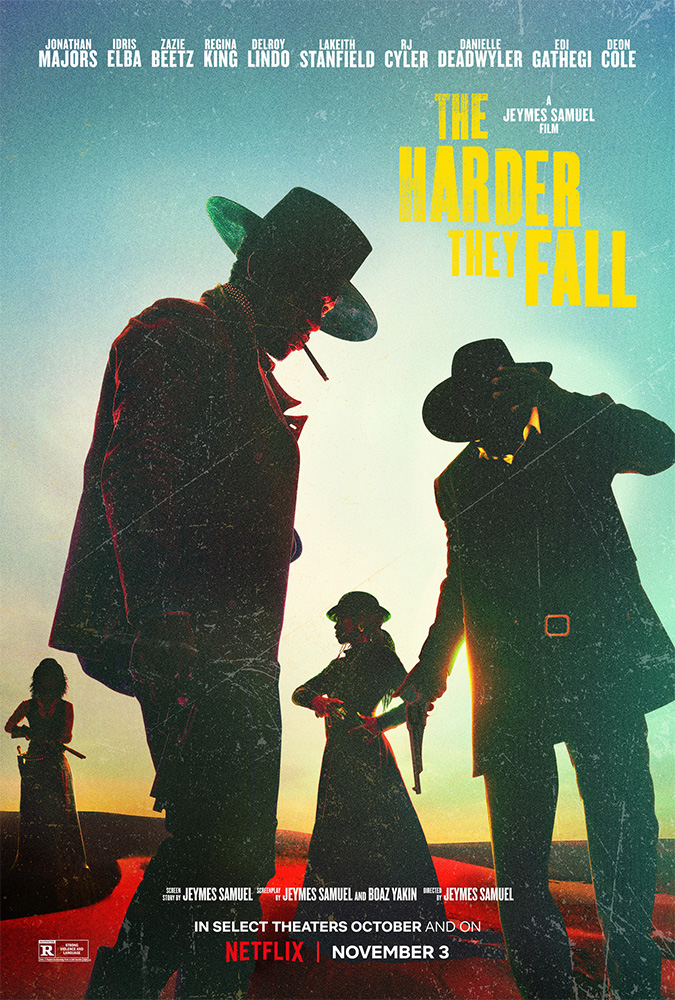