Angelina Jolie brings the iconic Disney villain to life in Maleficent, is this a magical outing or should it be condemned to an eternal slumber?

I wasn’t entirely sure what to expect going into this film, all I really knew was that Angelina Jolie was playing the title character and that it was going to be something of an origin story for the Sleeping Beauty villain. On the surface it seems that this might not be easy to bring across since Disney villains are almost always irredeemably evil and therefore unlikeable, they exist to discourage young children from going wandering off into potentially dangerous places or trusting strangers offering them things.

The approach taken here was to make the character sympathetic in a much larger story. The film charts her life from a young age through to the events of Sleeping Beauty so quite a bit of time is covered here. When the story begins Maleficent is a young, naïve and innocent fairy who makes the mistake of trusting a young human named Stefan which results in her losing her wings. This causes her to seek revenge by cursing his daughter Aurora and the rest is Sleeping Beauty.

I thought the story was nicely put together, the transition from innocence to villainy on the part of Maleficent was really well done and the world was set up really well. It’s easy to tell which faction is which and who everyone is. Surprisingly the story takes some unexpected turns such as the obvious paralells between Maleficent losing her wings and rape which I thought was really heavy duty for a family film, the metaphor was subtle enough but I appreciated the risk that was taken in putting that across. There was also a nice twist on the true love angle that Disney is so famous for. Making Maleficent a sympathetic character in a much larger story was a nice touch.

In terms of cast there are a number of actors playing many of the characters due to the lengthy timeframe of the film, they all do a serviceable job of carrying the story through the early years but

Angelina Jolie’s portrayal of the titular character is just fantastic. She ranges from vulnerability to all out evil and makes the transition seamlessly. Jolie approaches the role with the appropriate level of tongue and cheek but isn’t afraid to cut loose in the above mentioned rape metaphor. In short she embodies the character perfectly.

Shalto Copley’s Stefan is really good too, he is appropriately unlikeable and does a good job of being the true villain of this story. Every second he was on screen I wanted to see him get his comeuppance. Who’d have thought that the most normal role Copley has ever had was The A- Team’s Howlin’ Mad Murdock?

Elle Fanning plays the oldest version of Aurora – or Sleeping Beauty­ and does really well, she brings across the required level of innocence and wonder as well as a naïve outlook on the world.

Fanning and Jolie work really well together in their scenes together and it’s easy to believe that the damaged heart of Maleficent could be warmed by such a pure presence in her life.

The rest of the cast do their jobs but aren’t really worthy of note, Lesley Manville, Imelda Staunton and Juno Temple are really just irritating as the fairy trio Flittle, Knotgrass and Thistlewit respectively but I feel that this perceived irritation was intentional to make Maleficent more likeable to the audience.

I think the general execution of the story could have been a little better. A lot of time is spent on Maleficent growing up but her hatred of Stefan and her decision to curse Aurora could have used some more time to be made more believable. Some of the special effects are a bit ropey but for the most part the film looks really good, particular highlights include Maleficent flying and the swirly magic effects

Overall, Maleficent was a lot better than I anticipated. It was a fresh take on an old story and an interesting perspective on an iconic villain. If the film took more risks and made more of an effort to illustrate the strengths in this spin on the tale then it could have been something truly great, instead I’m more than happy to settle for pretty good. 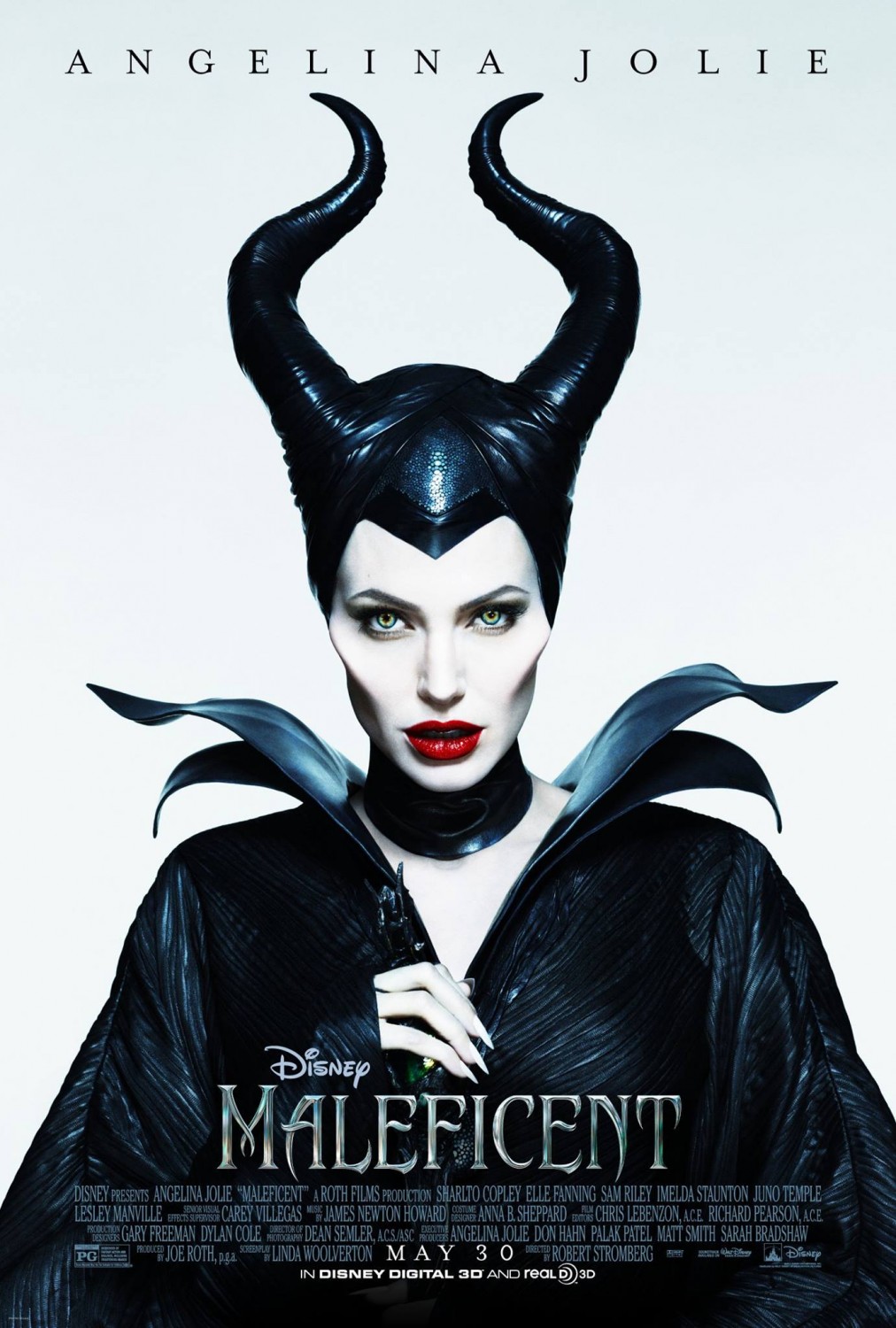