At the ripe old age of 56, you would think Tom Cruise would be segueing out of action films and opting for something a little bit easier on the joints. But no, the biggest movie star of his generation – perhaps of any generation – isn’t showing any signs of slowing down, and neither is his signature franchise: Mission: Impossible. Now on its sixth instalment with Christopher McQuarrie’s Mission: Impossible – Fallout, the series has gone from strength to strength since its much derided second and third entries, and Cruise continues to push himself further and further.

Whether it be scaling the Burj Khalifa, hanging off the side of an aeroplane or flying a helicopter – as he does here – Cruise keeps upping the ante of his stunt work and you get the feeling he won’t stop until he winds up maiming himself, or worse. Even breaking a leg in another of the film’s many brilliantly staged action set-pieces didn’t stop him here. In McQuarrie, Cruise seems to have found a collaborator he trusts, working with him for the sixth time here – the second time on this series – and together they craft a variety of breathtaking action sequences, from a brutal, bloody bathroom-set fight scene, to a rooftop chase across Paris to the show-stopping helicopter battle.

Tying all of these set pieces together is a twisty, turny plot that sees Ethan Hunt (Cruise) and his IMF cohorts head to Paris to retrieve some Plutonium-related MacGuffins. They have fallen into the hands of an anarchist group named The Apostles, who have ties to Rogue Nation’s baddie Solomon Lane (Sean Harris). They want to overthrow the world order and plan to use the plutonium to help that cause. To stop them, Hunt must go undercover and get close to a slinky arms dealer named the White Widow (Vanessa Kirby) who can help him get his hands on the plutonium. Complicating things further is the presence of August Walker (Henry Cavill – a welcome addition to the series), an assassin sent by the CIA to keep an eye on Hunt and the resurfaced Isla Faust (Rebecca Ferguson), who has an agenda of her own.

It’s a lot of plot but it feels like it mostly adds up and if ever you start to doubt it, McQuarrie and Cruise will whisk you off into another action scene before you get a chance to try to work it out. Most of the characters here are well established from previous entries, including nervy tech whizz Benji Dunn (Simon Pegg) and Hunt’s fiercely loyal bestie Luther Stickell (Ving Rhames), who has appeared in every entry in the franchise. The highlight of Rogue Nation was Ferguson’s faust, who stole the show from Cruise in that film’s beautifully constructed Vienna opera house sequence. She has less to do this time around but she still gets the chance to show off her jiu-jitsu-inspired action chops and her connection to Hunt gives the film another layer of complexity.

It’s returning characters like Faust and Lane – and others that shouldn’t be spoiled here – that give Fallout an added emotional edge. The Mission: Impossible series has dabbled with serialised elements before and there is an overarching story here but this film feels more like a direct sequel than anything the series has done before. Perhaps it helps that McQuarrie is returning as writer and director, something that hadn’t previously happened on this series. He certainly seems like a good fit for the material, expanding his abilities as an action director without sacrificing any of his scripting smarts. He deftly weaves together eye-opening stunts and smaller character beats, grounding the action in something relatable; there are real, personal stakes for these characters that go beyond the less-engaging terror threats.

It’s that seamless blend of character, plot and action – along with Cruise’s unwavering dedication to doing whatever it takes to get a cool shot – that elevates Mission: Impossible – Fallout above most summer action fare and may just be the best we’ve seen from this series. 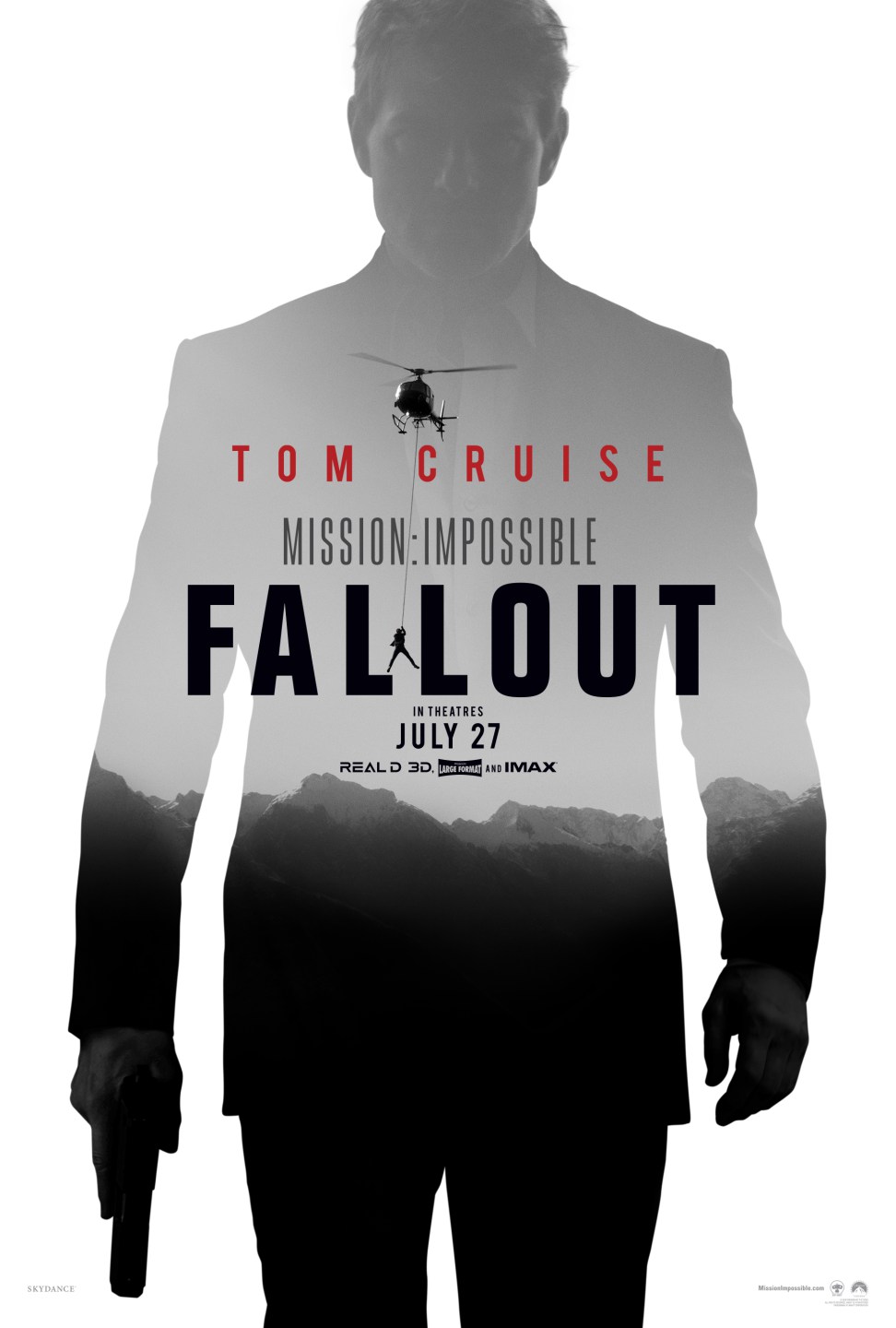