Given the similarity of the premise, Deniz Gamze Erguven’s Mustang has understandably been likened to Sofia Coppolla’s The Virgin Suicides but the similarities end with the premise. Erguven’s film is a livelier, more urgent story, focused on five sisters trapped in a staunchly religious town in rural Turkey that seems intent on controlling their future and blunting their spirit.

The five girls – Lale (Günes Sensoy), Nur (Doga Zeynep Doguslu), Ece (Elit Iscan), Selma (Tugba Sunguroglu), and Sonay (Ilayda Akdogan) – range in age from around 11 to 17. After the death of their parents, they live with their grandmother (Nihal G. Koldas) and oppressive uncle (Ayberk Pekcan), who become concerned about the direction the girls are headed after a nosy neighbour spots them innocently playing in the sea with some boys on the way home from school.

At first their grandmother beats each one of them individually but before long, they’re cut off from friends and stop going to school. The girls rebel of course, particularly the oldest Sonay who sneaks out to meet her boyfriend. This rebellion is just met with harsher restrictions: the walls are heightened and the windows barred up; the girls’ clothes are replaced with “shit-coloured” dresses; and they’re forced to learn wife-duties like cooking, cleaning and sewing. Their sexuality is policed and monitored and the older girls are taken to the doctor for unpleasant, invasive ‘virginity tests’ to make sure their chastity is still intact.

For the first half of the film, the girls exist as essentially one character. It’s hard to tell who’s who and personality-wise, none of them are particularly developed on an individual level. But as their grandmother is keen to marry them off as soon as possible, the numbers begin to thin out. In a series of awkward and funny – but ultimately sad – scenes, young men are brought over by their family to arrange a marriage to one of the girls. First it’s Sonay, but she manages to get out of it and marry her high school sweetheart after his family asks for her hand. So her potential suitor gets the second oldest, Selma.

Just like, two of the sisters are gone and there are plans brewing for Ece, Nur and even young Lale, who at this point becomes the real protagonist of the film. After watching her sisters be married off and essentially go along with it, Lale becomes even more determined to forge her own path. It’s this unbreakable spirit that leads to the most joyous moments in the film. Like a prison drama, there’s a massive thrill any time the girls manage to escape, especially when all five break out and run off to Trabzon for a football match that, interestingly, can only be attended by women after the men’s hooliganism in the last game saw them all banned.

Seeing the girls out in the world and genuinely happy is a poignant experience. They know – and we know – that there will be terrible consequences if/when they get caught but these vibrant young people are so stifled at home – by boredom, societal pressures and ultimately sexual abuse – that they’re desperate for a brief moment of escape.

But the adults here don’t act with malice, at least not the girls’ grandmother. Her actions are all, in her eyes, protecting the girls and their future, particularly after some harrowing third act revelations, but in the process she is draining the soul from them and stripping them of any agency or dreams of their own. The girls all react in different ways but Lale – like the wild horse of the title – refuses to be broken and the film’s finale is a thrilling escape scene that leads to a final shot that’s surprisingly moving, the full power of the film creeping up on you in these final moments.

Mustang is ultimately a film that’s as fresh and vibrant as it is harrowing and devastating, mixing a sharp sense of humour and moments of real joy with the frank realities of what life for young girls can be like in a place where their chastity is valued above their personality and individuality. Lale’s fight against these rituals is a stirring feminist message in a beautiful, powerful film. 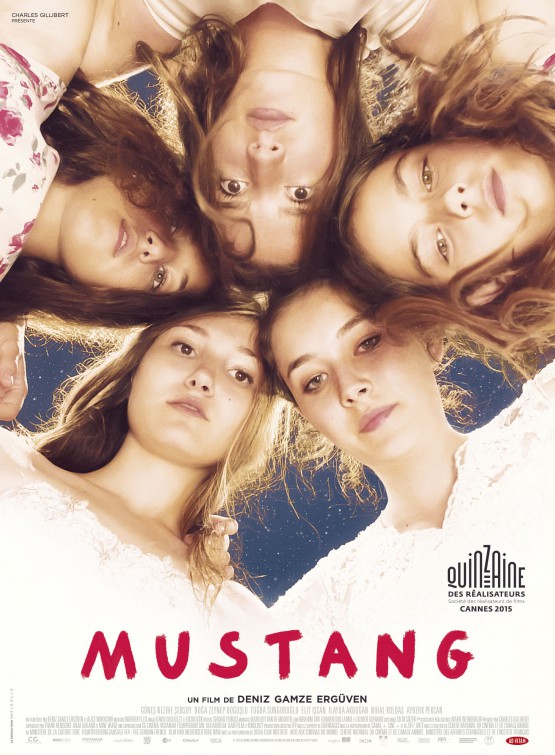