Writer-director Geremy Jasper’s debut feature Patti Cake$ feels like any underdog story you’d care to name. Just like 8 Mile and Hustle & Flow before it, it’s the story of a talented rapper trying to make it big enough to escape a life of poverty. Only this time the rapper comes in the unlikely package of Patti aka Killa P aka exceptional young Australian actress Danielle Macdonald, an overweight, working class 23-year-old who couldn’t look anything less like a rapper if she tried. But this is no cheap joke at her expense; as soon as Patti starts to rap, her talent is evident and it’s impossible not to be drawn in despite the film’s more formulaic elements.

Patti lives with her overgrown party girl mother (Bridget Everett) and her ailing grandmother (Cathy Moriarty), scraping by on shifts at the local bar and the occasional waiting jobs. Her mother’s own failed musical career has left her a bitter drunk who’s less than supportive of her daughter’s aspirations. Hip hop is the only thing that really gets Patti out of bed in the morning, meeting her best friend Jheri (Siddharth Dhananjay) between his shifts at the pharmacy to freestyle, write songs and dream of getting out of small-town New Jersey. That dream seems to feel a little more within reach when Patti meets a punk rock anarchist named Basterd (Mamoudou Athie) at an open mic night and sees something in his music. He joins Patti and Jheri to form PBNJ and start recording tracks and hustling for radio play.

An unlikelier trio would be hard to find and the prospect of these three really making it big doesn’t feel entirely plausible, but Macdonald is such a compelling screen presence whose spirit – along with the film’s handful of catchy tracks, written and composed by Jasper – is irresistible. She is a genuinely talented rapper and carries those scenes with ease but brings so much more to the table. At first she seems completely self-confident, assured of herself and her abilities but Macdonald imbues Patti with a vulnerability that eventually seeps out throughout the film. Despite her hard-edged exterior, the pain she feels every time she’s made of for her weight or has to old her mother’s hair while she pukes is evident.

Patti’s arc is like that of any struggling artist in a film like this: we see her talent early on and appreciate that she has skill, but her songs all feel false, like she’s putting a persona. Like most rappers, she brags about her lyrical dexterity and sexual exploits that have probably never taken place but what will really get her to the top is an acceptance of who she is, and finding her own voice through her music. The scenes that lead to this revelation – which we can already see coming from eight miles away – are some of the clunkier ones in the film but the ultimate climax is one of the most joyous, life-affirming and tear-jerking finales since John Carney’s Irish schoolkids drove it like they stole it in Sing Street.

In that finale, Jasper manages to pull everything together so neatly and so perfectly, that it doesn’t matter how predictable it is or how familiar it all feels, it packs just the right emotional kick without giving over to outright sentimentality. This is true of the film as a whole, which teeters on the brink of being cheesy or even maudlin but Jasper paints such a vivid picture of this hardscrabble, working class town and the characters that inhabit it that the film remains grounded enough to avoid those pitfalls. With a star-making turn from Macdonald at its centre, Patti Cake$ remixes the rise-to-stardom formula with a potent mix of gritty realism, overwhelming optimism and a refreshing indie spirit. 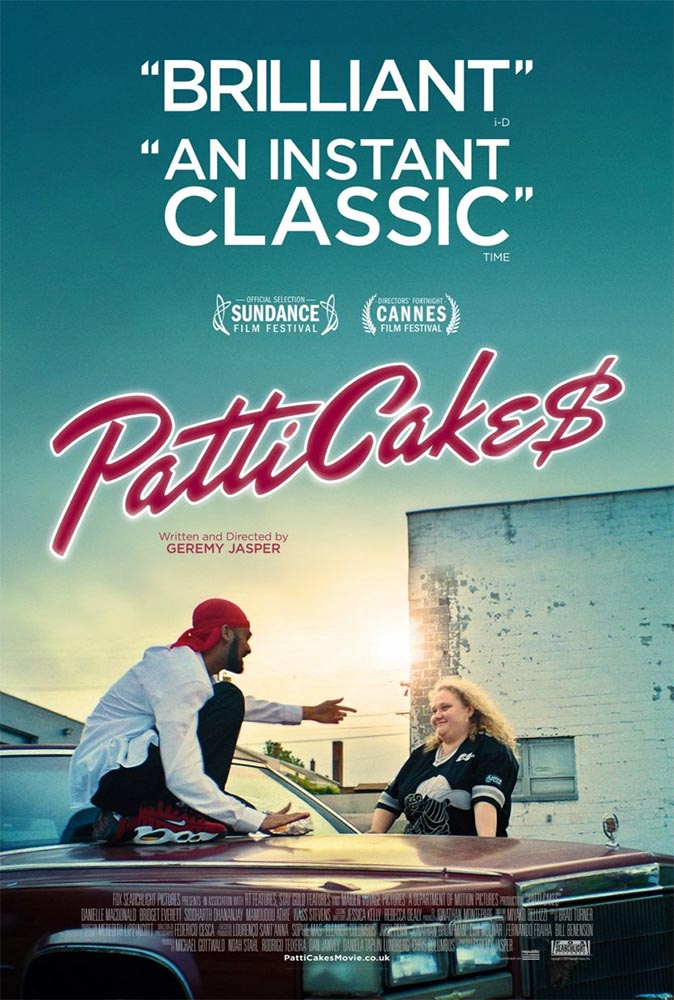