In the late 1990’s there was widespread corruption throughout the Rampart division of the LAPD with over 70 officers implicated in shootings, beatings, drug dealing, money laundering, theft, even bank robberies. Revered crime novelist James Ellroy wrote a series of novels about the deep corruption within the Rampart division and so is the basis of Oren Moverman’s second feature film Rampart.

Rather than a sweeping ensemble piece about the corruption throughout the department that’s been documented so well on TV already in FX’s excellent series The Shield, Rampart focuses on one character in particular: Dave Brown, played by Woody Harrelson. Nicknamed ‘Date Rape’, in honour of a serial rapist he murdered a few years back, Brown is seemingly every single thing that could possibly be wrong with a person rolled into one extreme package. A racist and sexist, Brown uses the mantra “I’m not racist, I hate all people equally” as an excuse for his repugnant behaviour.

His home life is as much of a mess as he is. Somehow Brown has managed to marry two sisters (Cynthia Nixon, Anne Heche) and have a child with each one. They still all live under the one roof and for some reason all these women tolerate Brown’s ways, other than oldest daughter Helen (Brie Larson) who sees him for what he is and definitely doesn’t approve.

Brown’s disregard for rules and vigilante justice catches up with him one day when he is caught on tape viciously beating a suspect in the street. This becomes a big, Rodney King-style scandal and lands Brown in the crap with his superiors, including Steve Buscemi and Sigourney Weaver, who hope to make a public example of Brown. He manages to keep his badge through the whole affair and still patrols the streets while Internal Affairs investigator Kyle Timkins (Ice Cube) is on his tale, waiting to nail him for the video tape incident.

It seems Moverman and Ellroy have been eager to collect all the bad deeds of the Rampart division and smash it all into one improbably dirty, vile cop and it comes off as being highly implausible that someone this downright nasty could even survive in the real world. That the film somewhat succeeds is down to individual scenes working at a fairly high level thanks to the tour de force from Harrelson and the colourful cast of supporting characters, including a handicapped tramp (Ben Foster), a horny attorney (Robin Wright) and a slimy ex cop (Ned Beatty). Though some of these scenes work on their own, the film as a whole struggles to really go anywhere with a character who is downright repulsive at the start of the movie and doesn’t get any better throughout. There are hints at redemption in the final act that don’t quite pan out the way it perhaps could’ve and should’ve.

Moverman’s direction is certainly distinct. He employs unorthodox camera angles and oddly composed shots as well as jarring and offensive sound effects that seem to be the aural equivalent of Dave Brown’s character. One scene in particular, in a rough downtown sex club is especially difficult to watch, a bizarre mash of bright lights, loud noises and random sex acts. It seems to serve no purpose to anything either, other than further remind the audience that Brown leads a salacious life.

The film is not without it’s merits. Harrelson’s performance is the main asset, lighting up the screen with electrifying charisma throughout but there’s only so much he can do when the character essentially goes nowhere and he becomes less exciting with every over the top evil deed he commits. 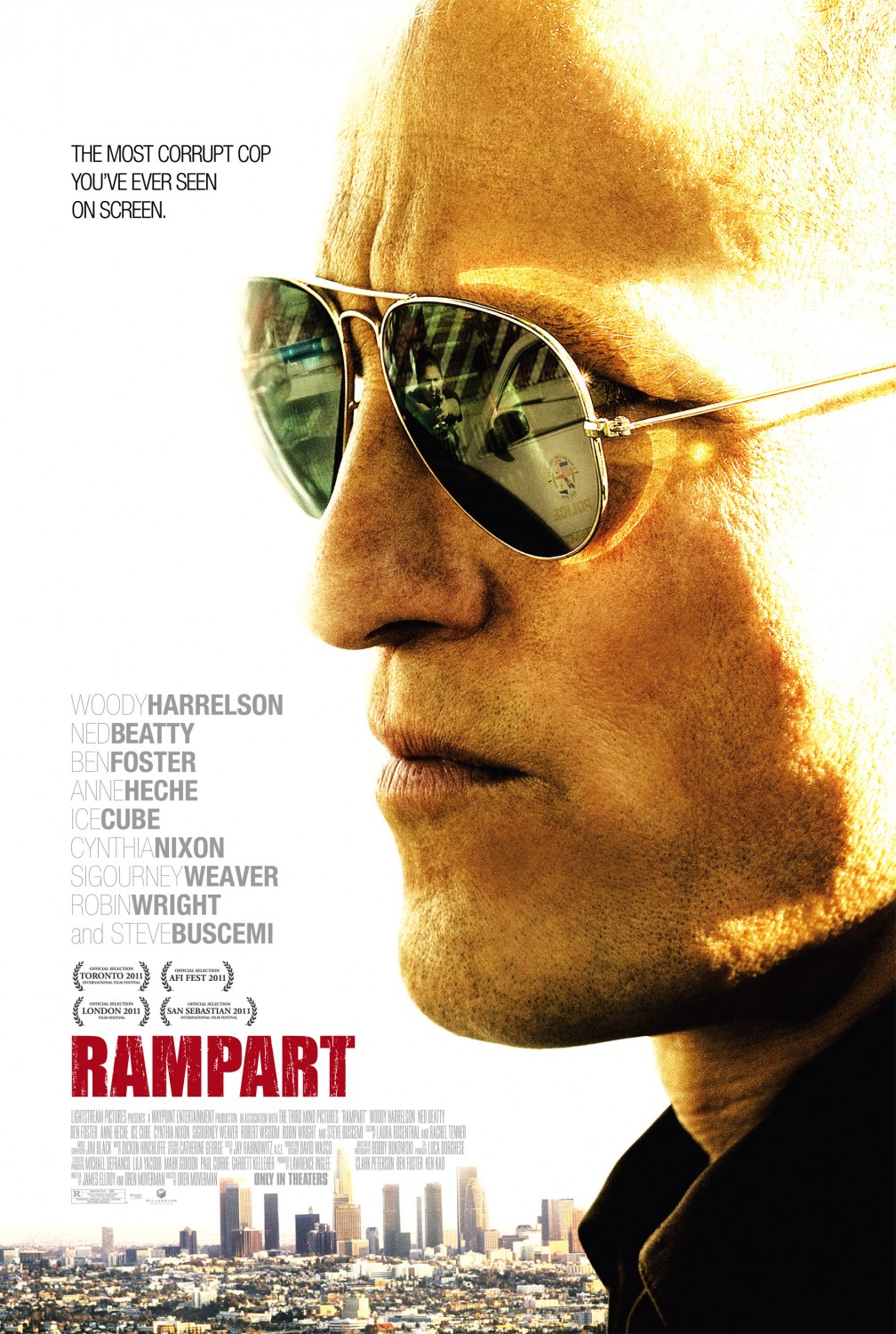