Scouts Guide to the Zombie Apocalypse is every bit as silly and tongue-in-cheek as that title suggests, pitting three teenage boy scouts against an outbreak of flesh eating zombies in a gleefully bloody and irreverent film that revels in teen movie clichés.

The titular scouts are earnest, all-round good guy Ben (Tye Sheridan), sex-obsessed loud mouth Carter (Logan Miller) and sweet, chubby Augie (Joey Morgan). The boys have been scouts together for years but Carter believes they’re getting too old for it and their uniforms might be hurting their chances with the ladies. Ben agrees but is afraid of upsetting Augie, who has a sentimental attachment to the scouts.

When Ben and Carter sneak out of a camping trip to go to a party – leaving Augie alone in the woods – they stumble into a full-blown zombie outbreak and have to team up with tough stripper-with-a-heart-of-gold Denise (Sarah Dumont) to evade the rampaging zombie hordes and make their way to the party to find Ben’s crush – and Carter’s sister – Kendall (Halston Sage).

It’s a classic teen movie set up – make it to a party to maybe hook up with a girl – but given a nice horror twist and director Christopher Landon has a lot of fun with the blood and guts, coming up with inventive and silly set pieces involving zombie cats, an ingenious use of a trampoline and a Dolly Parton musical number that’s a clear homage of Shaun of the Dead.

Some of the humour dips to Porkies-level juvenility and originality isn’t front and centre of the filmmaker’s intentions, but the film zips along with a rowdy, irreverent tone and there’s a likeable cast in amongst all of the messy slapstick. Tye Sheridan takes a rare break from heavy indies and anchors the film well while Sarah Dumont’s tough chick is a treat and David Koechner rings plenty of laughs as the boys’ scout leader. 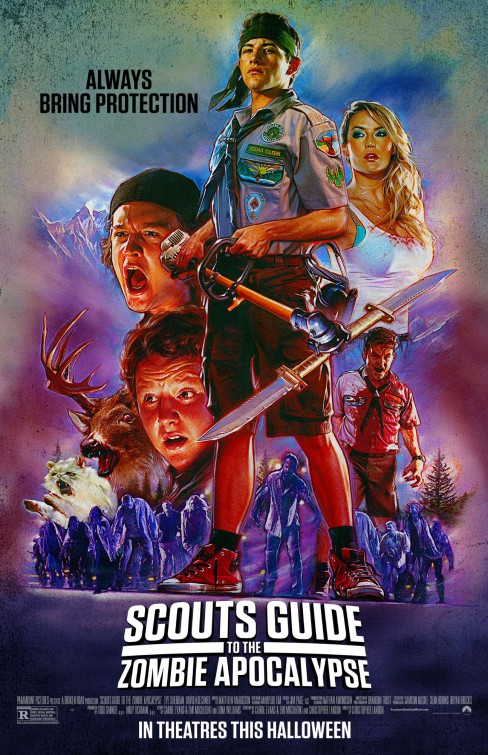