After witnessing a train crash a group of young movie makers investigate the unusual situation that unfolds.

Channelling early Speilberg, JJ Abrams delivers a sincere but all too flawed summer sci-fi adventure. Set in small-town America in 1979, the movie focuses on a group of pubescent film geeks led by chubby director Charles (Riley Griffiths), his best friend Joe (Joel Courtney) on makeup and special effects duties and lead actress Alice (Elle Fanning). While shooting a crucial scene at a railway late one night, a pickup truck drives onto the tracks causing a spectacular train crash that adds more ‘production value’ than Charles bargained for. The military storm in to take over the crash site as the kids await the footage Charles shot that night, which later reveals that something extra terrestrial was involved in the crash.

Though essentially a sci-fi monster movie, it’s the relationships between the kids and their parents that are key here. Both Alice and Joe come from troubled homes. Joe’s mother is dead and his policeman father (Kyle Chandler) is struggling to cope. Alice’s mother has run off, leaving her with her deadbeat alcoholic father. The pair strike up an immediate bond, driving a wedge between Joe and Charles.

Using science fiction as a backdrop to a more human drama is something Spielberg, acting as producer here, has used to great effect in the past. While his influence is certainly felt throughout the film, it falls all too short of his previous sci-fi classics Close Encounters of the 3rd Kind and E.T. The potential is there but sadly the film is let down by some weak performances and visuals bogged down by an overabundance of distracting lens flares. Other than Fanning, the kids are mostly inexperienced and it shows with lead Joel Courtney proving likeable but wooden and Riley Griffiths coming across more annoying than anything else. The adults don’t fair much better with the usually reliable Kyle Chandler struggling with dialogue completely bereft of subtlety or naturalism. Some scenes played for high emotion are so ham-fisted that they end up bordering on cringe worthy rather than sentimental.

The premise may be nothing new but had the story been handled with a bit more subtlety and finesse this could have been a far stronger film and sit alongside the likes of District 9 and Monsters as a recent sci-fi classic. As it is however, Super 8 is a sub par monster movie that ultimately makes you wish Spielberg was at the helm himself. 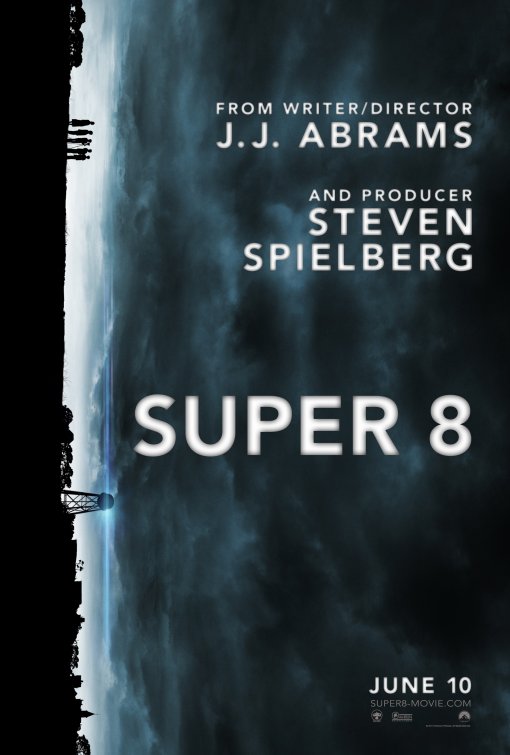