While the marketing might have you believe this is ‘the untold story’ of one of the world’s most famous comic book characters, there isn’t much territory in The Amazing Spider-Man that hasn’t already been tapped in Sam Raimi’s fantastic original and it’s superior sequel only a decade ago.

The shadow of Raimi’s films looms large over director Marc Webb and there is no denying that the presence of this reboot seems cynical and unnecessary. As if that wasn’t enough, since the inception of the last Spidey series Christopher Nolan’s Batman began and The Avengers assembled, leaving a very different climate for ol’ webhead to swing into.

That said, this is a film more than capable of standing out on its own and the circumstances surrounding it are quickly forgotten. A brief opening prologue introduces us to a young Peter Parker being shipped off to live with his Uncle Ben (Martin Sheen) and Aunt May (Sally Field) after some shady goings on force his scientist father to go into hiding.

Cut to modern day and Peter is now a sullen teenager in the rangy form of Andrew Garfield. This is a different incarnation of Peter, more angsty outsider than chirpy nerd, and Garfield nails it. It may be a less traditional portrayal of Parker than Tobey Maguire’s oft-derided version but Garfield certainly makes him more likeable and relatable.

Also immensely likable is love interest Gwen Stacey, played by Emma Stone with her trademark wit and charm. Given the reported relationship between Stone and Garfield, it’s no surprise that their on-screen chemistry is palpable and their courtship is sweet without the need for upside down kisses in the rain.

Eager to find out more about his father, Peter finds his way into the lab of one-armed Oscorp geneticist Dr. Curt Connors (Rhys Ifans). Connors is continuing the work he started with Peter’s father, trying to use the genes of reptiles to find a way to grow back his missing arm but the experiment goes wrong and Connors is transformed into a 9-foot lizard and is hell bent on transforming the rest of New York with him.

Rhys Ifans brings a great deal of warmth to Connors but the film moves too quickly to change him without giving sufficient time to make him the sympathetic and tragic figure he really could have been. Once he is transformed, there’s barely any of the old Connors left, instead he is either a Jekyll & Hyde madman or a well rendered but poorly designed giant lizard.

Similarly, after Peter is bitten by a radioactive spider in Connors’ lab, he is all too quick to perfect his arachnid abilities which is a pity considering the scenes of him adapting to his new found skill set are some of the most fun in the movie.

Though it hardly breaks new ground, The Amazing Spider-Man is an enjoyable film with a lot to recommend it. The new cast add an interesting spin on familiar characters, including an excellent supporting cast including Sheen, Field and Denis Leary as Captain Stacey. Webb’s action is often workmanlike but is nonetheless effective and never boring, despite the film’s slightly long running time. 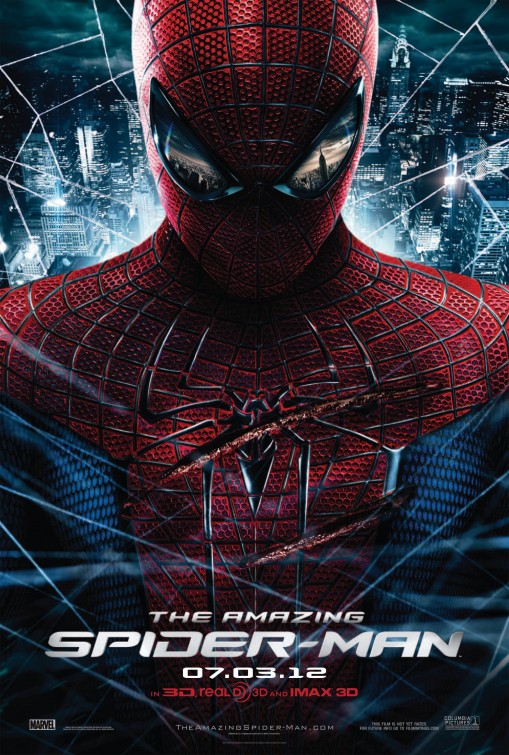