Florence Cathcart (Rebecca Hall), an author and investigator who debunks ghost hoaxes, is hired to investigate a possible sighting of a child ghost. It’s here that Florence’s beliefs are tested as she is forced to confront her own demons.

The haunted house movie is nothing new but director Nick Murphy’s The Awakening brings a relatively fresh spin to proceedings with the presence of an interesting lead character in the shape of Rebecca Hall’s Florence Cathcart, an author and investigator hell bent on debunking any ghost hoaxes and psychic impostors. Impressive in supporting roles in the likes of The Town and Vicky Cristina Barcelona, The Awakening proves a good opportunity for her to take centre stage and she anchors the film well.

The film opens in post-WWI England with Florence in the middle of a debunking sting, establishing the character as a strong, no-nonsense detective which, in 1921, was quite the rarity. She is soon hired to investigate a possible ghost sighting at a boarding school in the country when one of the pupils is found dead. It’s not long before Florence exposes a couple of pupils as fake ghosts and prepares to leave but before she gets the chance, she sees a ghost of her own.

Left alone at the school during half term with only Dominic West’s history teacher, who carries his own baggage, Imelda Staunton’s worried matron, an overtly sinister handyman and Tom, a quiet child whose parents live in India.

It’s at this point that the film’s scares amp up as Florence attempts to solve the mysteries that lurk in the boarding school. The movie also turns things on it’s head as Florence, struggling with her own personal post-war demons, becomes the one who’s trying to convince the others that what she saw was in fact a ghost after spending the whole movie adamant that ghosts don’t exist.

When the eventual twists arrive in the third act, the film struggles to hold it together. The first twist seems a bit of a stretch and takes a whole lot of explaining before it seems even remotely plausible within the film’s rules and the subsequent twists that come along only serve to undo the original twist. This leaves an unsatisfying ending to an otherwise impressive chiller that’s rich in period detail and features a strong performance from Rebecca Hall that helps elevate the material above where it really belongs. 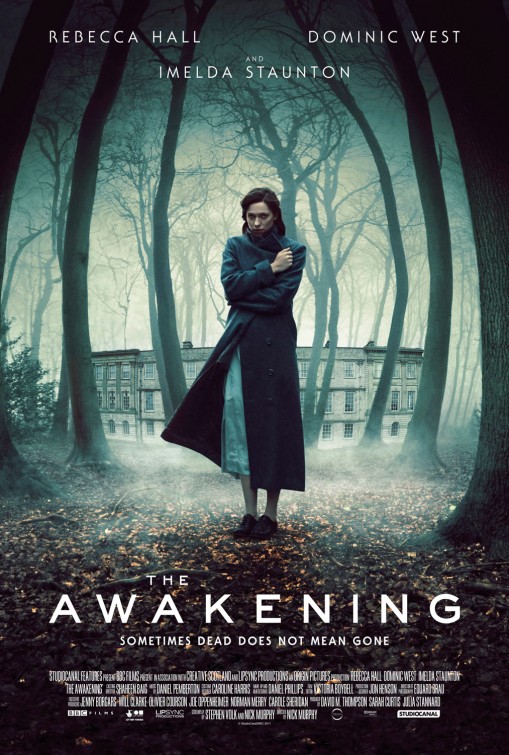