The Farewell has the kind of premise that might seem far-fetched were it not based on a true story or, as the marketing puts it, ‘an actual lie’. The lie at the centre of the story is a Chinese family’s decision to conceal a terminal cancer diagnosis from their beloved matriarch, events that mirror those involving writer-director Lulu Wang and her own grandmother.

Wang’s stand-in here is Billi (rapper-turned-actor Akwafina), an aspiring writer whose family relocated from China to New York City when she was a child. When Billi finds out that her grandmother Nai Nai (Shuzhen Zhao) has been diagnosed with stage four cancer, she’s distraught. Rather than telling Nai Nai she’s dying however, Billi’s family decide to keep the diagnosis a secret, instead arranging a hasty wedding in order to gather the family in one place to say their goodbyes.

This set-up could have been played as dark comedy or high farce, with the entire family keeping such a whopping secret. But Wang strikes a perfect balance between the absurd comedy of the situation and the intense emotional weight of it all, carefully coordinating the guilt, tension and old resentments at the heart of this family get-together.Though Wang steeps the film in Chinese culture in a subtle but specific way, the family dynamics are universal – from the sprawling dinners to the endless bickering, it all feels familiar and is written and performed with tremendous warmth.

The central relationship between Billi and her grandmother is quietly beautiful; they were close when Billi lived in China and still keep in touch, though haven’t seen each other in years. Billi is happy to see Nai Nai but is eaten up with the guilt of hiding something so important from her, as well as struggling with the feeling that she has left behind her home and those she loves for her life in America. Akwafina essays this brilliantly in a nuanced performance, dialling back her motor-mouthed comic stylings in favour of something far more subtle. At times she slumps so much she looks like a pile of laundry, the weight of her situation weighing so heavily on her.

In turning her lens to something so personal, Wang has lovingly crafted a story that is moving without ever feeling cloying or sentimental. It tugs at the heartstrings for sure – especially in the film’s closing moments – but never strains for it, finding the emotion of the story naturally. There are big themes at play here – guilt, grief, family and the migrant experience – that The Farewell approaches in a fresh and insightful way, finding universal feelings through an extremely specific story. 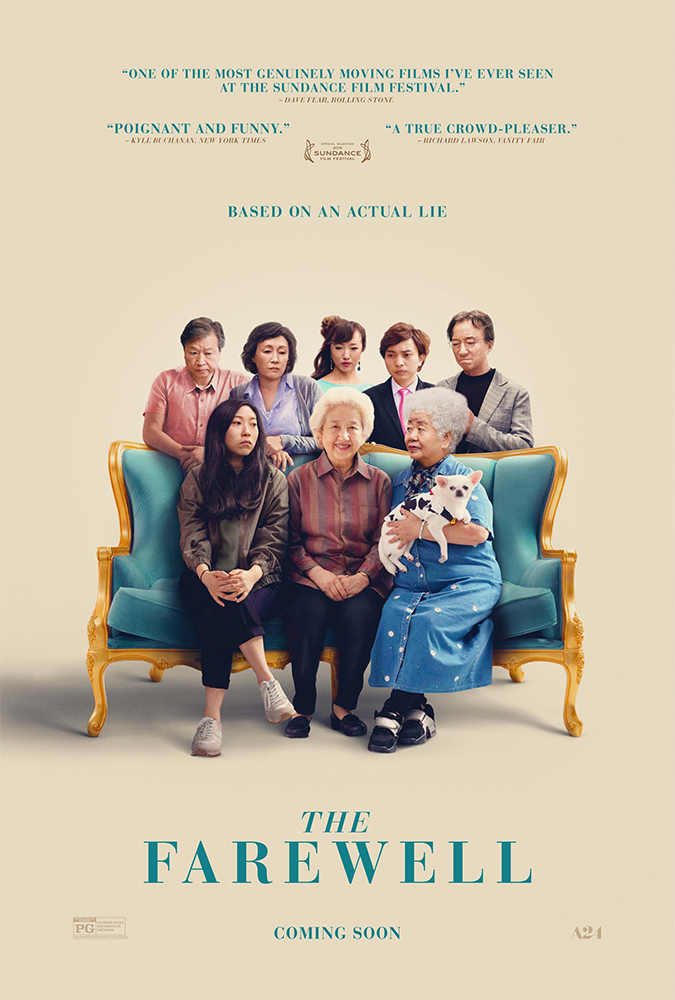