The Gift – the directorial debut actor Joel Edgerton – is a psychological thriller that’s genuinely surprising without ever pulling the rug out from under the audience; its bigger shocks are built on a foundation of smaller reveals and effective character building, drip-fed through the first two acts, leading to a gut-punch of a final third.

The film focuses on married couple Simon (Jason Bateman) and Robyn (Rebecca Hall) who have just relocated from Chicago to Los Angeles for a fresh start after some kind of tragedy befell them in Chicago. Edgerton – who also wrote the script – keeps the exposition light, hinting that Robyn had a miscarriage, possibly brought on by something else, but never spills all of the details.

The couple’s fresh start is somewhat hampered by a chance meeting with Gordo (Edgerton), an old high school acquaintance of Simon. He’s quiet and a little timid but seems nice enough. Simon swaps numbers with him, never intending to follow up but Gordo has other ideas. It starts with little surprise gifts, then he begins dropping in unannounced, usually when Robyn is home alone and eventually gets to the point that Simon has to break things off with him. That’s when things become more sinister and revelations from Simon’s past threaten to derail his future.

With The Gift, Edgerton plays with audience expectations, presenting a story that on the surface is a fairly well-worn stalker narrative but ultimately goes to far more interesting places, shifting perceptions of the characters throughout. Edgerton first presents Simon and Robyn as a perfect yuppie couple but as we learn more about Simon, we discover that not far beneath his slick, corporate surface lies a bitter, nasty bully. It seems that Robyn is discovering this at the same time, though she has quietly been a victim of Simon’s nature for longer than she seems to know.

The performances from the three leads are excellent across the board. Bateman at first seems to be playing against type in a rare serious role but he’s actually playing much the same character as he usually does – a smug, entitled asshole – just tweaked in an ever-so-slightly darker direction. Edgerton meanwhile has fun playing Gordo’s innocent, downtrodden exterior while suggesting just enough beneath the surface to keep us guessing about his real motives.

It’s Hall however that gives the more subtle, complex performance. Much of the film is from her point of view and she is the one whose discoveries let the audience in on what’s going on. The script gives her a lot to work with and she does so brilliantly, quietly conveying her struggle with her own troubled past, as well as a vulnerability and anxiety that makes it believable that she might initially be drawn to Gordo, a potentially kindred spirit.

For a first-time director, Edgerton shows a knack for tension and a good control of tone, never letting The Gift’s sense of dread and unease drop while also toying with more playful aspects, like slipping in a couple of shock cuts and moments of humour that provide a welcome respite. Many actors use their debut to tell a story close to their hearts or aim for something artful and ambitious; Edgerton has gone a different route, delivering a solidly made thriller that’s dark pleasures ensure Edgerton’s next film is worth looking out for. 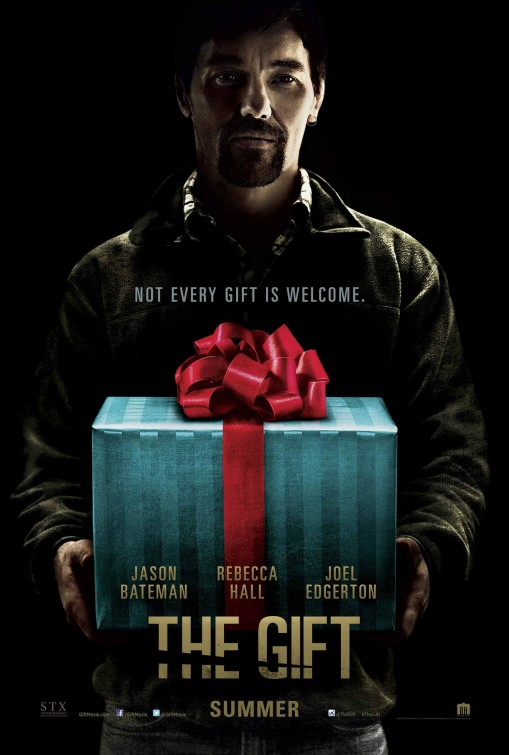