After directing last year’s Late Night, the tale of a young writer trying to make her way in comedy under the tutelage of a seasoned late night host, it’s easy to see what appealed to Nisha Ganatra about her new film, slick crowd-pleaser The High Note. The film transplants that plot to the music industry, focusing on Maggie (Dakota Johnson), who’s hoping to use her job as PA to soul diva Grace Davies (Tracee Ellis Ross) as a way of landing a producing gig. When she meets upcoming singer-songwriter David Cliff (Kelvin Harrison Jr), her personal and professional lives begin to clash in a way that could derail her music career before it even begins.

While not as sharp as Late Night, The High Note does touch on similar themes, looking at the difficulties of maintaining a career in the entertainment industry, particularly for women approaching middle-age. “In the history of music, only five women over 40 have ever had a #1 hit. And only one of them was black.”, Grace tells Maggie, explaining her reluctance to release new music as her manager (Ice Cube) gradually nudges her towards the cushy confines of a Las Vegas residency. Maggie sees better for Grace, trying to convince Grace to release new material and hoping to use this as a chance to segue from organising her wardrobe to producing her album.

Though the film broaches these themes, it disappointingly doesn’t do much more than that, ultimately proving too toothless to make any meaningful points. Its resolutely preppy tone and shiny visuals – not to mention an outrageous third act twist – make the film feel more of a soapy romantic drama than a treatise on the state of the music industry. That it remains as watchable as it does is largely down to a collection of charismatic turns from a cast good enough to elevate the hokey material and paper over the cracks of some thinly written characters. Johnson makes the most of her every-woman appeal in the lead role and Ellis Ross – daughter of real-life songstress Diana Ross – has the pipes and well-worn swagger to convince as a superstar singer. However, it’s Harrison Jr who proves to be the revelation here, showing a completely different side to himself after intense performances in the likes of Waves and It Comes At Night. His confidence, charm and warmth single-handedly enliven the film’s love story and makes you wonder what he’d be capable of in a better film.

The High Note may be lacking the emotional stakes, richly drawn romance and musical authenticity of the likes of A Star is Born or Once, but it is just amiable enough to get by as easy-going feel-good fodder, a pleasant piece of well-meaning but forgettable escapism. 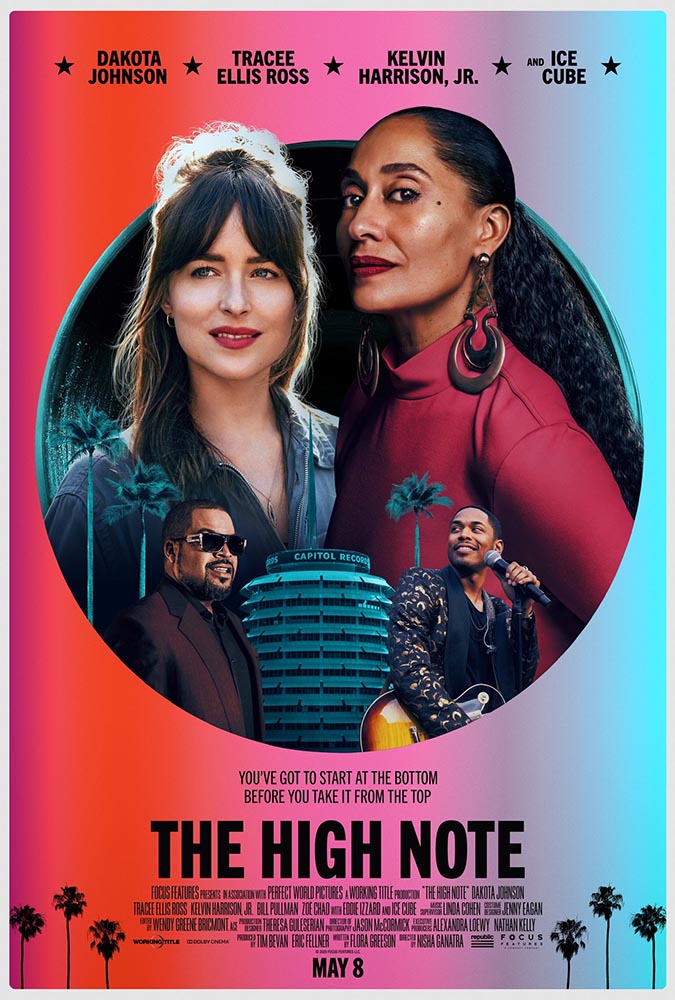