Last year’s Hunger Games came as a surprise, at least to those unfamiliar with Suzanne Collins’ novels. Despite its young adult leanings, female protagonist and potential love triangle, it was clear that this is more than just a limp Twilight retread. The sequel, Catching Fire, takes the ball and runs with it, building on the political satire of the first film to present a gripping blockbuster with real smarts and a genuinely strong female lead at the centre of it all.

Once again, the excellent Jennifer Lawrence is on hand to imbue reluctant hero Katniss Everdeen with gravitas and a steely resolve and Catching Fire gives her more to chew on. The film finds Katniss in the aftermath of the Hunger Games, a televised fight to the death organised by the wealthy to flex their muscles over the poor. She’s struggling to cope with the PTSD that experience has left her with while also being thrust into the public eye with fellow winner and fake beau Peeta Mellark (Josh Hutcherson).

The pair have to keep up the romantic pretence that helped them bend the rules of the games and emerge as dual winners, but President Snow (Donald Sutherland) has other ideas. It would seem their act of rebellion at the end of the last games has galvanised the poorer districts and an uprising is brewing, with Katniss their symbol of hope. With the Hunger Games reaching their 75th anniversary, Snow, along with new games maker Plutarch Heavensbee (Phillip Seymour Hoffman), has devised a dastardly plan to kill off Katniss by thrusting her back into the games and pitting her against an array of previous winners.

Since it follows basically the same structure as its predecessor, Catching Fire feels slightly repetitive: we see Katniss at home in District 12 with childhood friend Gale (Liam Hemsworth), she’s chosen for the games, there’s a training scene, some reassuring words from fashion designer Cinna (Lenny Kravitz) and off she goes into the games. But where the first film focussed on the outcome of the games, Catching Fire has bigger fish to fry, looking to establish the rebellion that’s brewing in the poorer districts and focussing on Katniss’ turmoil at having to shoulder the responsibility of becoming an icon. It’s dark and complex territory for a story aimed at teenagers.

Thankfully with Katniss having more to worry about than which boy she likes better, the love angle never really finds its way to the forefront, which is lucky given how poorly drawn both her suitors are. Poor old Josh Hutcherson just doesn’t have the charisma to make Peeta seem like a realistic option for Katniss and Liam Hemsworth’s Gale is once again given very little screentime.

After a lot of slow build in the first two acts, the last hour of the film is pretty much devoted to the Hunger Games themselves. There was a lot of criticism of the games sequence in the first film, particularly for the lack of bloodshed and director Gary Ross’ excessive use of shaky cam. This time out, there still isn’t a great deal of blood on display – which shouldn’t be expected of a teen franchise – but the shaky cam is gone and under the direction of I Am Legend helmer Francis Lawrence (no relation), the action is a lot more visceral and the obstacles thrown at the tributes are more intimidating.

As well as bringing in Lawrence, Catching Fire has been beefed up across the board with the Oscar winning writers Simon Beaufoy (Slumdog Millionaire) and Michael Arndt (Little Miss Sunshine) replacing Collins herself as screenwriter. The cast has received an injection of fresh blood too, in the form of Jeffrey Wright, Amanda Plummer, Jena Malone and Sam Claflin, all impressive as former winners.

All in all, Catching Fire is a palpable step up in quality from the predecessor, with Lawrence proving a more assured pair of hands behind the camera. Despite a bloated run time and an abrupt, open ending that demands you see the sequel, this is a deeper, darker and more confident effort than its predecessor. 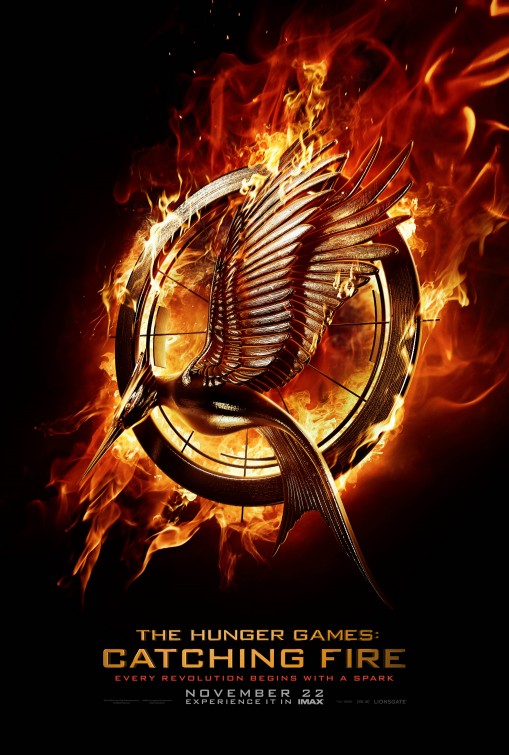