After the first film adaptation of the immensely popular Channel 4 sitcom The Inbetweeners broke box office records in the UK back in 2011, a sequel was inevitable, no matter how many times the cast and creators said it’d never happen. So after a dreadful marketing campaign and the uneasy feeling that a cynical cash-in was on the way, it’s a pleasant surprise that The Inbetweeners 2 is a sequel with more ambition and style than its predecessor.

Stepping up to share the director’s chair, the show’s creators Damon Beesley and Iain Morris, making their directorial debut, give the film a cinematic edge that was lacking from the pedestrian sitcom direction of the first. The plot is instigated by Jay (James Buckley), who has moved out to Australia for a gap-year and invites Will (Simon Bird), Simon (Joe Thomas) and Neil (Blake Harrison) out to visit him and marvel at his exciting new life as a famous DJ and nightclub owner whose mansion is littered with scantily clad supermodels. Beesley and Morris shoot this scene like Scorsese directing an episode of MTV Cribs, with the camera tracking Jay through his lavish new home as he narrates his far-fetched message to the others.

Though they know to take anything Jay says with a pinch of salt, the lads decide to take some time away from the troubles of their lives – Will’s lack of friends at uni, Simon’s psycho girlfriend, Neil’s stream of dead-end jobs – and spend a month in Australia with Jay, who is actually working in a nightclub toilet and living in a tent in his uncle’s garden.

Other than the standout scene of Jay’s imaginary life, the film’s opening is awkward and sluggish. It isn’t until the group make it to Australia that the film really settles into its rhythm and the laughs start to arrive at an impressively consistent rate. The series never shied away from gross-out gags but here, Beesley and Morris take it to another level, whipping out any and all body parts and throwing around bodily fluids with glee. Each of these big gags, including an accident at a water park and some Bear Grylls-style thirst quenching, are set-up like action set pieces and played with impressive gusto by the cast.

The plot, as ever, centres on girls. When the lads arrive in Australia, Will runs into Katie (Emily Berrington), an old prep-school friend who seems to quite like him but also has her eye on guitar-strumming, dreadlock-sporting Trustafarian-type Ben (Freddie Stroma). Meanwhile Simon is trying to find a way to end things with over-bearing girlfriend Lucy (Tamla Kari) and Jay is still pining after ex Jane (Lydia Rose Bewley).

But while the ladies are the inspiration for just about everything the guys do, the biggest issue with the film – and the franchise as a whole – is the treatment of its female characters. It’s disappointing that the girls who played such a big part in the first film are essentially just tossed to the side for this one with Jane relegated to a cameo, Lucy turned inexplicably into a controlling nutjob and Will and Neil’s squeezes Alison and Lisa not even name-checked. The girl with the most screentime is new arrival Katie who is ultimately just irritating and doesn’t get much to do beyond repeatedly telling Will how funny he is. The franchise has always come from a male point of view but it seemed like the end of the last film was a step in the right direction but that’s been thrown out to accommodate a sequel.

Nonetheless, the good far outweighs the bad in The Inbetweeners 2 with the endless flurry of quotable lines and memorable gross-out moments underpinned by the immense chemistry between the four leads, who are as authentic a group of friends as you can get on screen. Whatever this film’s raison d’etre is, it never strays from what made the show so enjoyable in the first place and if it proves to be the last time we see Will, Simon, Jay and Neil, it will be a fitting send off. 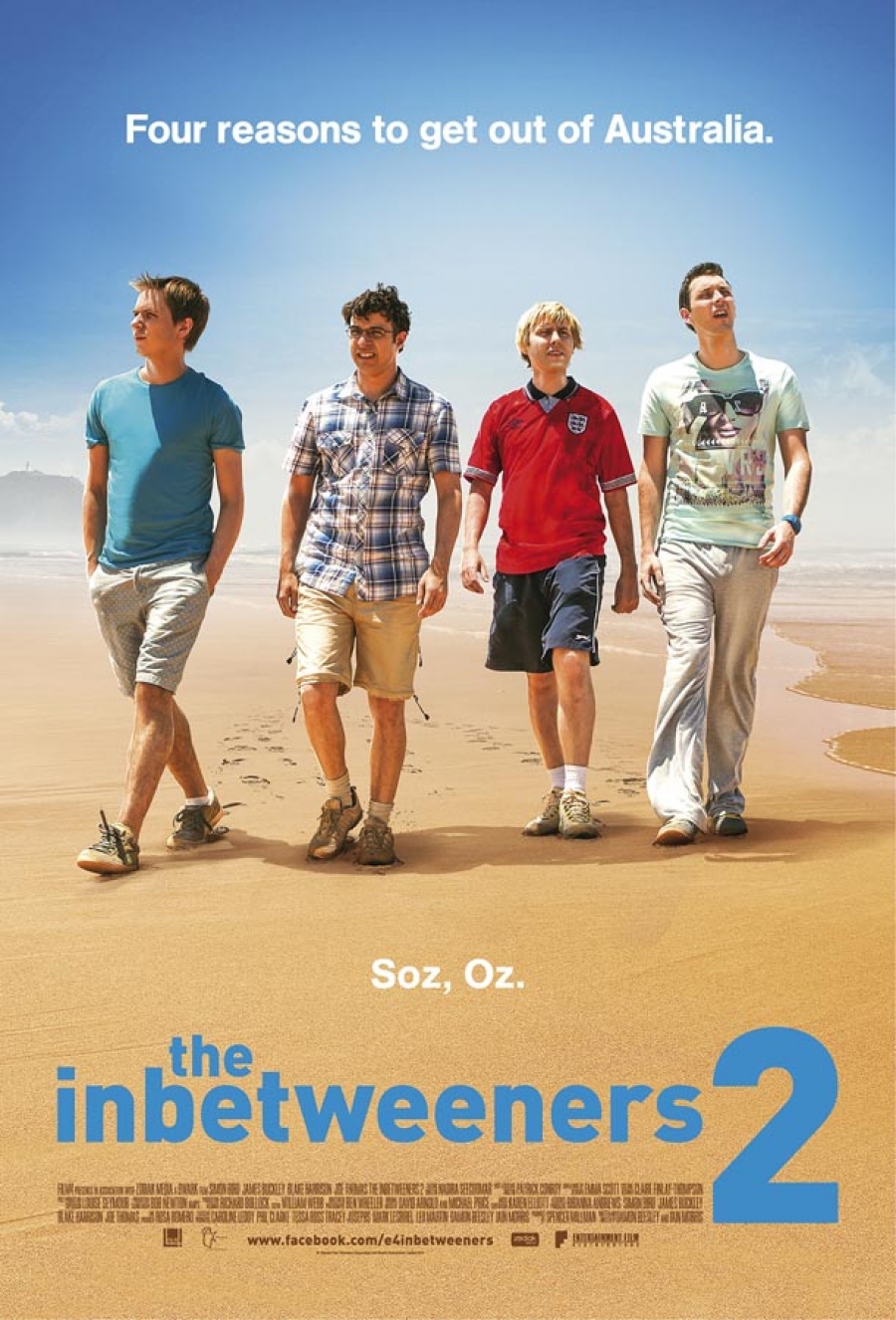