Other than his voice work as sentient tree Groot in Guardians of the Galaxy, Vin Diesel hasn’t played anyone other than Fast & Furious leading man Dom Toretto or all round space badass Riddick since 2008’s Babylon AD. That makes The Last Witch Hunter a rare step out of his existing franchises, perhaps with an eye on creating a new one. Diesel is pretty vocal about his love of Dungeons and Dragons and general geekery so it’s no surprise he’s ushered this one to the screen, giving himself the chance to dabble in a world of witches and warlocks.

Diesel plays Kaulder who, as the title might give away, is the last witch hunter. A prologue shows Kaulder defeating the evil witch queen who, as a parting gift, makes Kaulder immortal and dooms him to a life of watching those around him die. We then catch up with him in the present day, where he spends his time policing the remaining witches and bedding air hostesses in his slick penthouse apartment in New York City. Along for the ride is Dolan 35th (Michael Caine), Kaulder’s loyal assistant who is heading into retirement, ready to pass on the mantle to Dolan 36th (Elijah Wood).

But when Dolan 35th is found dead, it becomes clear that something is brewing and it might involve the return of the witch queen. Kaulder partners up with Chloe (Rose Leslie), a good witch who runs a nightclub for other mystical types. Together the pair investigate Dolan’s murder and try to discover what is going on in the magic world. It all gets rather convoluted and more than a little bit silly, involving reams of exposition, level fourteen warlocks, magical moths and memory spells that’s all fairly hard to keep track of and leaves you wondering if it’s even worthwhile.

But that silliness is kind of appealing, even if it doesn’t entirely make sense. The Last Witch Hunter isn’t a particularly good film by any means but there’s something endearing about how seriously Diesel takes all of this. He is present in almost every scene and as usual he is completely stiff and yet somehow a magnetic screen presence, especially as he clearly loves this material and fully buys into it. However, it’s perhaps that devotion that stops the film tipping over more into tongue and cheek territory – something director Breck Eisner managed to find with his last film The Crazies – and as such, everything is just a little bit too earnest.

Alongside Diesel, Leslie isn’t given much to work with and struggles to find any chemistry with her co-star which is obviously problematic as we’re asked to buy into their relationship throughout. Diesel is better at finding chemistry with his on screen bros rather than romantic partners and there’s certainly a lot of early promise in his scenes with Caine and Wood but both characters are side-lined for long stretches of the film.

Ultimately this is fairly standard fantasy fare that’s elevated slightly by Diesel’s enthusiasm and Eisner’s visuals which are often more interesting than the usual CGI rabble, even if they occasionally become incomprehensible. The ending is ambitious in its attempts to set up a sequel that box office takings will surely stop in its tracks but actually this wouldn’t be the worst use of Diesel’s Fast & Furious downtime, particularly if they were freed from the clunky exposition of an origin story. 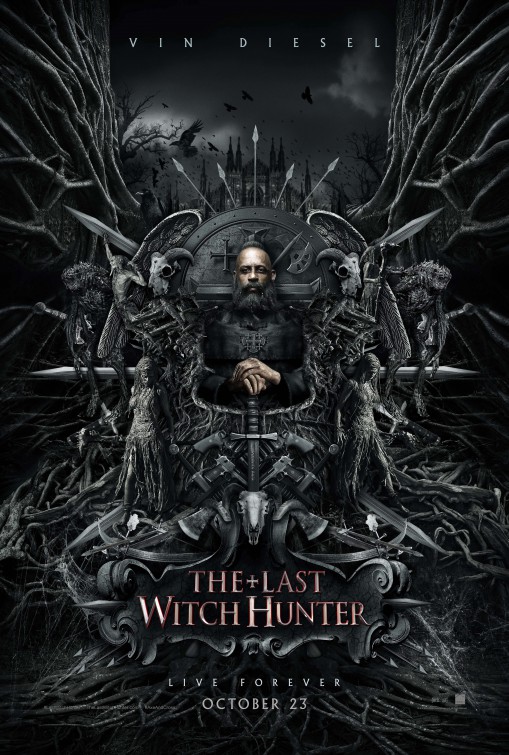