Has there ever been a reboot as potentially disastrous as The Muppets? A much beloved property from the 70’s – 90’s, The Muppets fell away after lacklustre efforts like Muppet Treasure Island and Muppets From Space and seemed doomed to a life restricted to direct-to-video efforts and viral videos. A reboot didn’t seem likely and if it did come along, surely it would be a cynical, ironic and mean spirited incarnation that pokes fun at its subjects? Enter Jason Segel, whose love letter to The Muppets began with the all-puppet ‘vampire musical’ section of 2008’s Forgetting Sarah Marshall, where Segel starred and shared co-writing duties with director Nicholas Stoller.

Segel and Stoller earned themselves a meeting with Disney about a possible Muppet reboot and the result was this completely charming and hilarious family film that will appeal to fans of the original show while also introducing the characters to a new generation of children.

Segel stars as Gary who lives in Smalltown, USA with his long term girlfriend Mary (Amy Adams) and his little brother Walter, who is a Muppet. How a Muppet and a human can be brothers is never explained or referenced in the film. Walter developed an obsession with The Muppet Show growing up and when Gary and Mary decide to take a trip to LA for their anniversary, Walter tags along to go see The Muppet studios. When they get there however, the studio is a dilapidated mess with a crusty old tour guide (Alan Arkin, in one of many celebrity cameos). During the tour, Walter overhears rich oil baron Tex Richman (Chris Cooper) discussing his plans to tear down the studio. This inspires Walter, Gary and Mary to bring The Muppets back together to put on one last show and save the studio.

Where else to start but with Kermit? The trio track him down in his LA mansion and convince him to come on board and find the other Muppets. After a wonderfully nostalgic musical number, Kermit agrees and they begin their search. They find Fozzy Bear in a sleazy comedy club in Reno, Gonzo running a successful plumbing business and Miss Piggy working as editor of Paris Vogue (with Emily Blunt as her assistant, presumably in a nod to The Devil Wears Prada). The gang, in one of the film’s many self referential jokes, decide a montage will be a quicker way of rounding up the remaining Muppets.

The Muppets, with Gary and Walter in tow, begin preparing for a telethon that will hopefully raise the $10 million needed to save the theatre. All the old favourites are included; Fozzy’s bad jokes, Gonzo’s disastrous stunts and a Kermit & Piggy duet, all with Statler and Waldorff heckling in the background. Gary’s involvement leaves Mary feeling neglected and when she goes back to Smalltown, we get a brilliantly catchy introspective musical number, Man or Muppet, which has since been Oscar nominated.

The film is a massive success for writers Segel and Stoller who, along with director James Bobin (Flight of the Conchords) have managed to completely capture the spirit of the original Muppets while also keeping it suitably modern and funny. On paper some of the meta-humour and celebrity cameos (of which there are too many to mention) might seem all too knowing and mean spirited but it isn’t the case at all. Everything here is rendered in precisely the correct tone. As the leading man, Segel makes a likeable straight man and a capable song and dance man too. Amy Adams is well cast too, bringing the same wide eyed innocence and vocal talents that she brought to her previous Disney effort Enchanted.

There are a couple of nagging points that keep the film from being a complete homerun. It’s been made clear in various interviews that Segel and Stoller had many ideas for the film that didn’t make the cut and occasionally it’s evident here that their vision was somewhat compromised with some side stories feeling disjointed and unfinished, particularly Chris Cooper’s nefarious Tex Richman.

There’s also the feeling that the film relies a little too much on nostalgia and the standard Muppet jokes. Even with that in mind, the jokes are still funny and still land every time. With sequels an inevitability, Segel and co will have to branch out on their own a bit more and come up with some more but for now this film is the perfect update and will launch the franchise for a whole new set of kids. 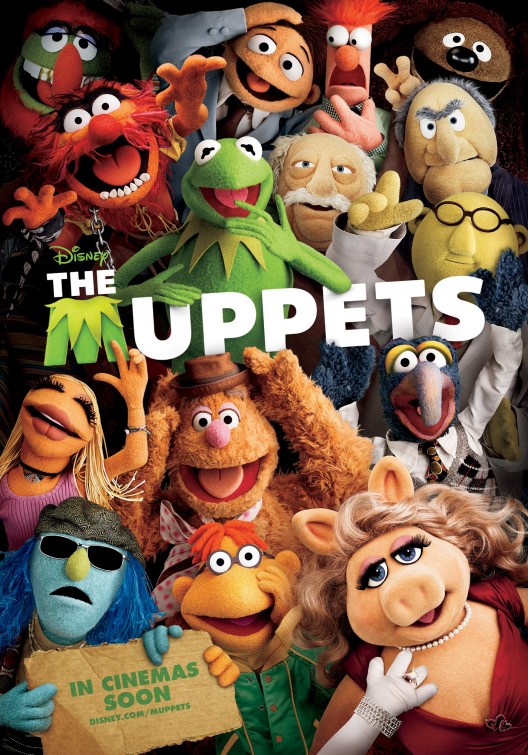