John Cusack led gothic thriller The Raven brings a touch of Se7en to the mid 19th century but is a goatee going to be enough for us to take Lloyd Dobler seriously as the aging alcoholic, Edgar Allan Poe?

With a decent career behind him as Assistant Director (The Matrix, Attack of the Clones) James McTeigue’s first few films in charge have fizzled rather than popped. V For Vendetta, after a troubled development and production process delivered a reasonably faithful adaptation of the revered Alan Moore graphic novel but lacked the bite and wit of the source material. Incoherent and dour follow up Ninja Assassin was DOA at the box office and now his third official outing as director also manages to not quite meet expectations.

Cusack plays a dissolute Poe towards the end of his life (the author died at 40 from undetermined causes) with a twitchy verve that is often at odds with an otherwise sombre period setting. While the foggy exteriors and some well realised sets, particularly the pendulum of The Pit and The Pendulum fame, do a good job of portraying the particular time and place of the story, the atmosphere is often undone by the script’s modern dialogue and the actor’s delivery. The majority of the cast’s main concession to the language of the time seems to have been to make sure that everything is pronounced very clearly.

The story itself begins with a grizzly double homicide in an apparently locked room, which reminds Detective Fields (Luke Evans), an investigator with a troubled but unexplored past, of a story by Poe who he then brings in to help with the investigation. Poe has problems of his own however, being down on his luck with only Emily (Alice Eve) and a raccoon for company.

While the pairing of Fields and Poe could have worked well they spend significant periods of the film apart effectively splitting the protagonist into two separate characters. Eschewing the erstwhile buddy route and reducing one of the roles to a supporting turn, Poe perhaps being a more sinister and ambiguous figure consulted by Fields during his investigation, would have allowed the other part to be more fully developed. But any faint suspicion that Poe may actually be involved dissipates quickly and we are left with Field’s investigation and Poe’s meanderings following more or less different paths with the occasional meet up.

The murders themselves lack much of the psychological horror of Poe’s writings, either happening off screen to victims that are unknown to us or being botched in their execution. For example, The Pendulum, which should have been a pivotal scene and was, as mentioned previously, well designed mechanically, descends substantially on each swing and the hapless target is bisected before there is much of an opportunity to squirm. This doesn’t prevent his demise from being gory however, and those of a squeamish nature should be aware that what the murders lack in tension they often make up for with grue.

An able supporting cast do their best amidst muddled staging, including Brendan Gleeson as Emily’s protective father and Kevin McNally as Poe’s editor Maddux but this will have to go down as a missed opportunity to make a period detective story with the father of detective fiction as the main character. 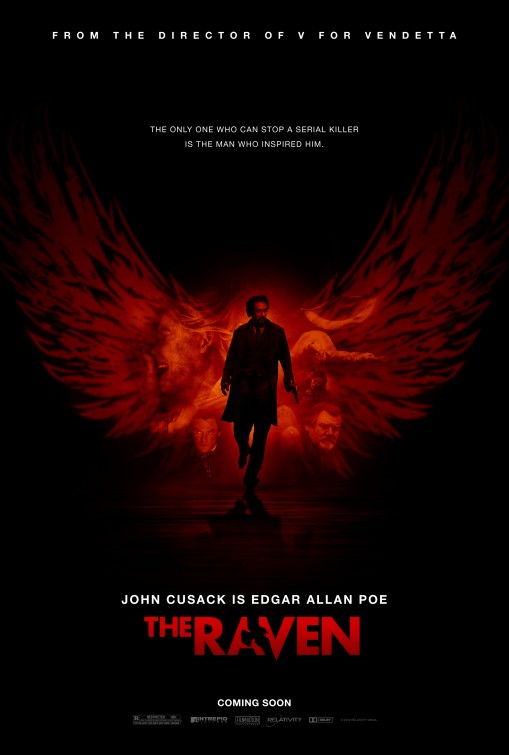