Anytime Ryan Reynolds is taking a kicking for his latest big budget flop, whether it be The Green Lantern or RIPD, his defenders are always ready with examples of smaller, weirder films where Reynolds has impressed: “Yeah, but have you seen The Nines?” they’ll cry, closely followed by “And what about Buried!?”. Well, there’s now another film to add to that Ryan Reynolds-can-actually-act canon: The Voices, a twisted, darkly funny and wildly uneven serial killer flick from Oscar-nominated Persepolis director Marjane Satrapi.

The Voices cleverly twists Reynolds clean cut leading man image and megawatt smile into something far creepier, casting him as Jerry, a shy but pleasant factory worker who lives alone above an abandoned bowling alley on the outskirts of a dead end town with just his cat and dog for company. He takes a shine to co-worker Fiona (Gemma Arterton) but a late night drive goes horribly wrong and Jerry ends up stabbing her to death and leaving her body in the woods.

When Jerry gets home, shaken by what’s just happened, he’s confronted by his beloved pets who, in Jerry’s twisted mind, talk to him. The cat, Mr Whiskers – who speaks in Reynolds’ take on a gruff, Peter Mullan-esque Scottish accent – encourages Jerry to go find Fiona’s body and get rid of it, while the dog, Bosco – a kind-hearted, camp Southerner – insists that Jerry be a “good boy”. The cat proves more persuasive and Jerry finds Fiona’s body and packages it in a stack of Tupperware tubs, keeping her severed head in the fridge. Of course, the head speaks to him too, eventually asking for a friend to join her in the fridge. Jerry targets Lisa (Anna Kendrick), a sweet girl from accounting who has a crush on him, but blossoming feelings for her threaten to derail his plans.

The Voices is a strange and uneven film that swings wildly between morbid belly-laughs and harrowing scenes of gore and severe mental illness. Satrapi brings a brilliantly surreal feel to many of the scenes while Jerry’s off his meds and arguing with his brilliantly conceived pets but as soon as Jerry has a brief spell on his pills and we see the stark reality of his life – his filthy apartment, littered with dog turds and soaked in Fiona’s blood – the comedy has more of an uneasy feeling and Jerry starts to look more and more like a monster.

That he remains a sympathetic character is largely down to Reynolds’ impressive performance. He commits to the film’s batshit crazy tone and goes with it, playing Jerry like an innocent, damaged little boy all the way through, even as we see him commit increasingly grisly acts of violence. We project the blame – as he does – to the abusive Mr. Whiskers, letting us give Jerry a bit of a pass even though deep down we know he’s the one to blame and he can’t get away with it.

Whether he does or not should remain a surprise but the film’s finale definitely goes for broke, leaning into the weirdness for a bloody, explosive and almost, kinda, sorta happy ending that’s tinged with the same morbid humour as the rest of the film. It might be hard for some to get on the same wavelength as this bizarre, ghoulish horror-comedy and it will likely upset and offend as many as it will amuse and entertain but Satrapi has made an outlandish and unforgettable film that showcases Reynolds’ true talents. Let’s bear that in mind in when his next comic book movie hits theatres… 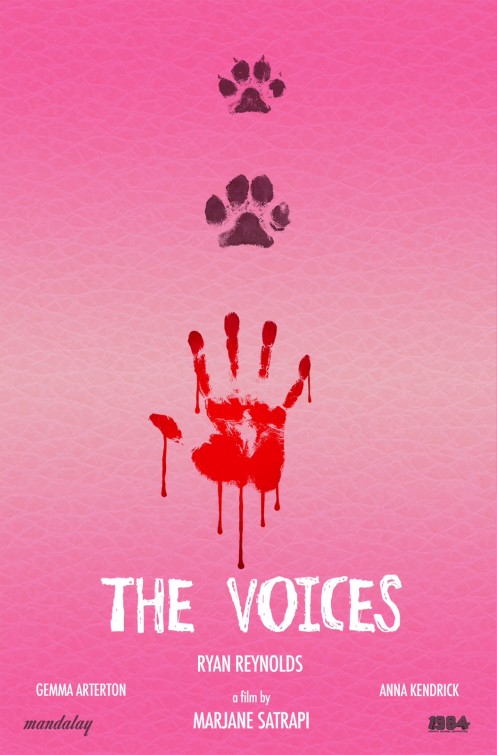