Wally Pfister steps up as first time director with Transcendence but does this film mark the next step in evolution or is it a fast track back to the Stone Age?

This film is another of those stories about Artificial Intelligence and the potential it has for the greater good and for great evil, being well worn territory in science fiction the story would need to have a degree of originality and be executed well to stand out from the extensive crowd.

Unfortunately this film doesn’t really do either. The story itself has potential to be something interesting but the way it’s presented is all over the place. Johnny Depp plays Will Caster –one of the foremost minds in artificial intelligence- who has a radical idea about mapping human brainwaves to a computer in order to achieve something that he calls Transcendence. His basic idea is that you can’t program the human soul so it makes sense to him to simply upload that quality from a human being and bingo, you have a computer that understands the difference between right and wrong and can use that understanding for the betterment of mankind. Obviously nobody has seen 2001: A Space Odyssey which does a good job of pointing out the reasons why that might be a bad idea.

Anyway, there’s a cult – or resistance movement – that apparently has seen 2001: A Space Odyssey and seems to be against technological progress in all of its forms so they arrange to have Caster killed which causes his wife Evelyn (Rebecca Hall) to attempt the radical procedure of uploading him into the machine to the protest of their lifetime partner Max Waters (Paul Bettany). This works and before we know it Caster is on the internet manipulating the stock markets, buying towns and constructing a super advanced facility that houses his consciousness. The film plays out from there.

There are several radical time jumps that make the narrative seem disjointed, boiling down to little more than the equivalent of “this happened, then this happened, followed by this…”. The film does raise a few interesting philosophical questions such as “How far should we allow Artificial Intelligence to evolve?” and “What does it mean to be human?” but spends absolutely no time on attempting to create an argument in attempt to answer these questions. The questions are posed and then forgotten about which makes the script seem like a checklist of things that they needed to include in the movie rather than an organic philosophical narrative about the rise of technology and the human role within a technological world.

The acting is pretty bland as well with mainstays like Morgan Freeman and Cillian Murphy being completely underused as well as the uneven performances from the actors mentioned above. The best performance is from Kate Mara as anti-technology cultist Bree who does manage to put across some depth to an otherwise shallow character.

Pfister has had a successful career as a director of photography under Christopher Nolan so it’s surprising that he hasn’t learned how to put together a cohesive story in all the time spent with him. I will say this, the film does look great and there are lots of visually striking moments but it really isn’t enough to elevate the terrible storytelling.

Overall Transcendence isn’t really worth your time, Spike Jonze’s Her does a far better job of addressing the questions of Artificial Intelligence and human philosophy with a far tighter script so if this is a subject matter that you find interesting then I would recommend watching that instead. 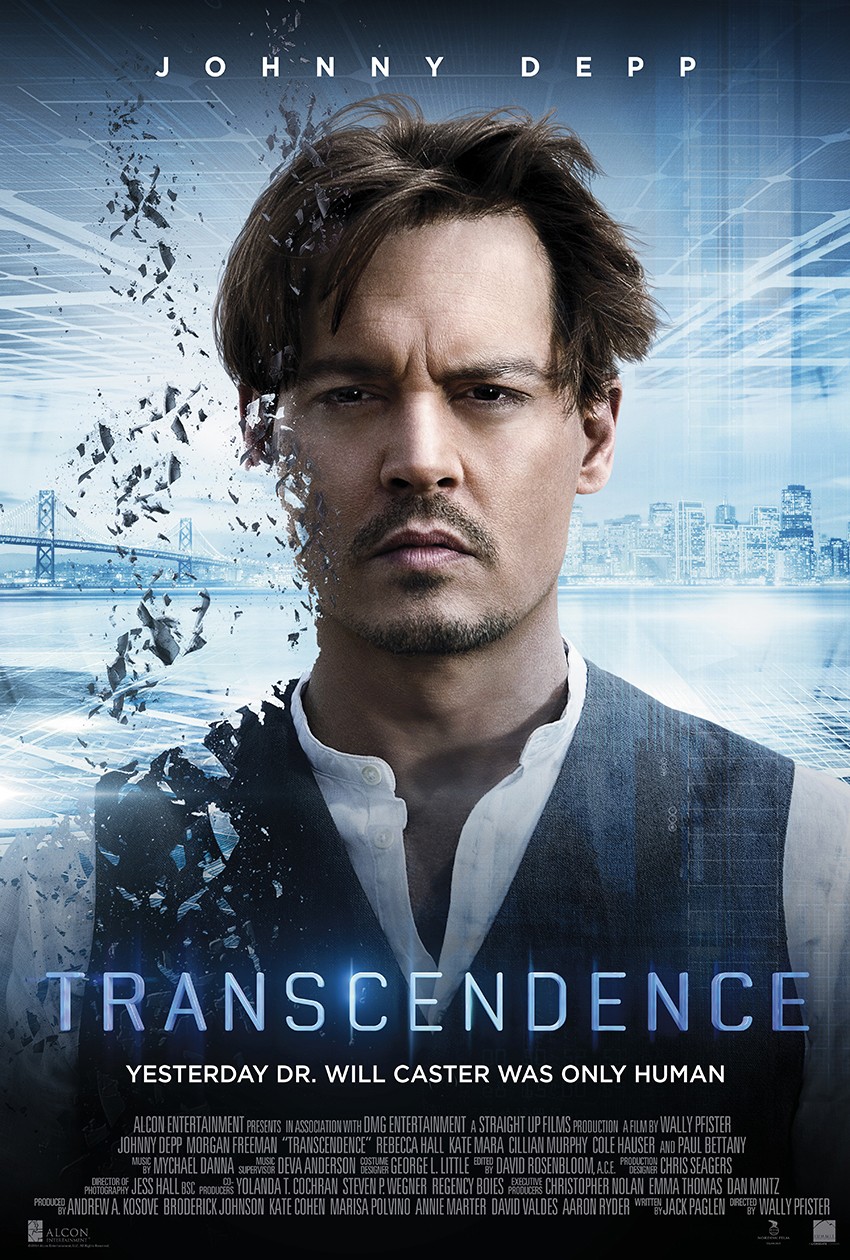