For both director Jason Reitman and writer Diablo Cody, their work together represents the best work of their careers so far. Both came to prominence with the Best Picture-nominated pregnancy comedy Juno and reteamed for the more mature, acerbic Young Adult, both of which were brilliant in their own distinctive ways. With Tully, their latest outing together, Reitman and Cody have gone three-for-three, exploring the pains of parenthood through a drama that’s dark, funny and insightful.

The film stars Young Adult star Charlize Theron, who is again fantastic as Marlo, a mother-of-two who’s about to become a mother-of-three. She’s already frazzled and depressed before the third kid comes along, struggling to cope with the daily rigour of looking after two kids, one of whom may have learning difficulties. Her husband, Drew (Ron Livingston), isn’t a deadbeat by any means but thanks to work, his time at home is limited, so Marlo is left to suffer alone. When she does give birth, the added strain is almost too much for her to bear.

Enter Tully (Mackenzie Davis), a ‘night nanny’ hired by Marlo’s hipster brother Craig (Mark Duplass) and his spoiled wife Elyse (Elaine Tan) as a means to help her get by. Tully is essentially Mary Poppins for the millennial generation: a breezy 26-year-old who turns up every night and looks after the baby so Marlo can get some much needed rest. But she does so much more than that, becoming both a housekeeper, a friend, a confidante and a poignant reminder of who Marlo may have been before life wore her down.

Together Theron and Cody – herself a recent mother-of-three – capture the real-life horrors of motherhood in a way that actual horror films like The Babadook or Rosemary’s Baby could never hope to match. Cody’s writing is sharper than ever, dialling back the self-conscious witticisms of Juno – no-one’s “eggo is preggo” here – and the biting ruthlessness of Young Adult for something more grounded and incisive. She has written a plumb role for Theron, who lumbers through the film, wearing excess baby weight and the dead-eyed stare of a woman who hasn’t had a good night’s sleep in years.

For anyone who has kids, Tully will no doubt ring painfully true and for those who don’t, it may just serve as a chilling cautionary tale of the pitfalls of parenthood. While its third act takes one turn too many – adding a hint of the far-fetched to an otherwise grounded story – Tully is nonetheless an insightful and complex film that’s as funny as it is depressing. 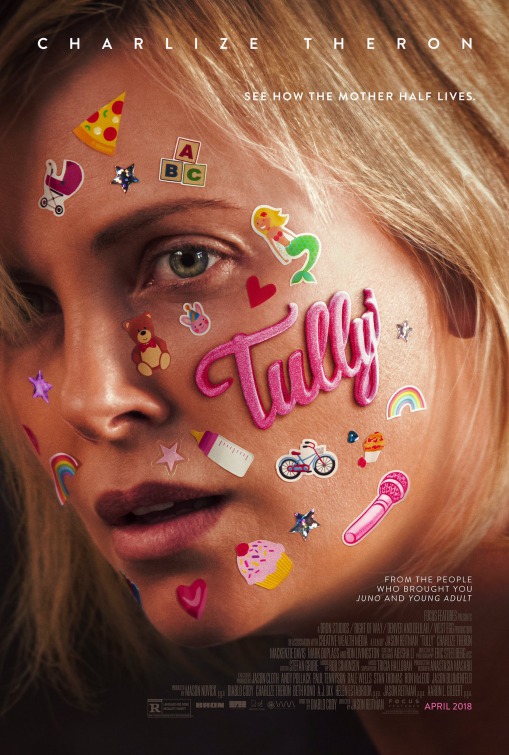