After his sensational debut Get Out became such a cultural phenomenon, Jordan Peele’s sophomore effort was always going to find itself under a lot of scrutiny. The comedian-turned-director crafted an effective thriller that was also an incisive portrait of the black experience in America. His follow-up, Us, operates on a similarly metaphorical level, exploring America’s class divide through a chilling doppelganger horror.

Where Get Out was a lean and slickly plotted narrative, Us is a more ambitious but confused effort, with Peele’s metaphors less clean this time around. If anything, it’s overstuffed with ideas, which may reward repeat viewing but on first watch becomes difficult to really grasp everything that he’s getting at. The central idea posits that the privileged and the lower class aren’t divided, as such, but are in some way tethered. The downtrodden are resentful of the upper classes, who don’t even know they exist.

Peele gets at this idea through the story of Adelaide Wilson (Lupita Nyongo’o), a woman still haunted by a chilling childhood encounter at a theme park. Now an adult with a family of her own – husband Gabe (Winston Duke), teenage daughter Zora (Shahadi Wright-Joseph) and young son Jason (Evan Alex) – Adelaide is returning to the same beach. She’s hesitant to make the trip and soon her worst fears become reality when the family find themselves under attack from a group of sinister doubles who, along with thousands of others, have surfaced after a life in the shadows to take their place in the limelight.

What Peele does brilliantly is build a well-defined world, filled with well drawn characters and instantly iconic imagery. The hordes of mostly mute doppelganger’s all don red overalls and brandish gold scissors, a brilliant piece of costume design that is both memorable and rooted in some kind of logic within the context of the film. The actors here also have a blast playing dual roles, particularly Nyongo’o and Elisabeth Moss – as Adelaide’s spoiled friend – who bring genuine nuance to both their ordinary characters and their killer tethered counterparts. Nyongo’o even manages to make Red, Adelaide’s double, something of a tragic, sympathetic character while also conveying Adelaide’s trauma and resilience in the face of extraordinary circumstances.

Combine this with some effective scares and brilliantly executed set pieces, all set to a mix of Michael Abel’s inventive score and a perfectly curated soundtrack, and Us is a compelling and sometimes thrilling watch. Peele is clearly a director of great skill and a horror filmmaker who knows and loves the genre, but Us is brimming with subtext, metaphor and references that it can’t quite support. Peele’s ambition shouldn’t be faulted but here he seems too eager to best himself, ultimately succumbing to difficult second album syndrome, producing an exciting but half-baked film that struggles to live up to the high standard set by his debut. 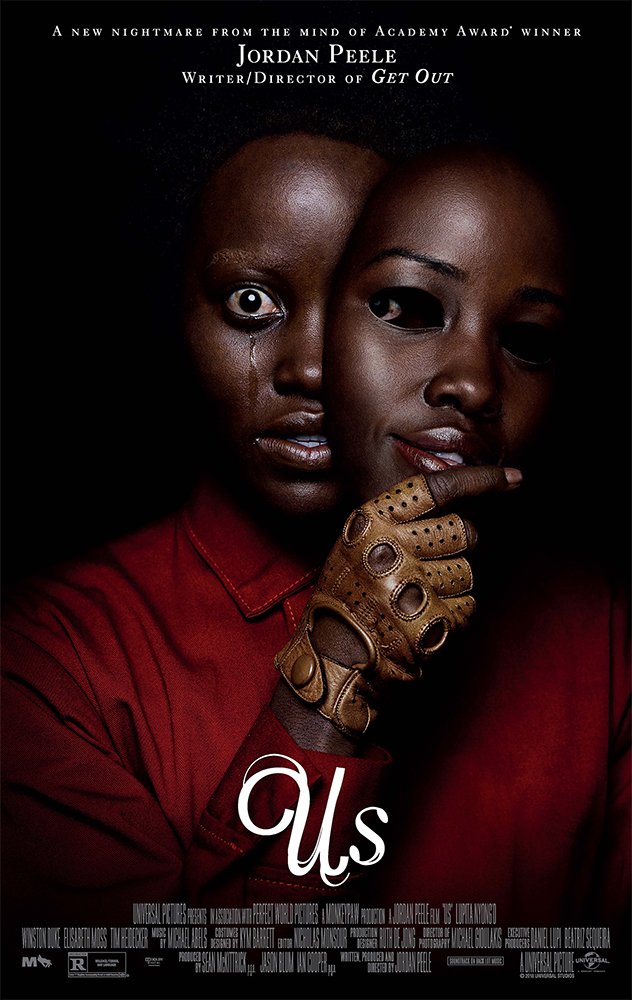