Max Brooks acclaimed post apocalyptic zombie novel World War Z finds itself adapted in this Brad Pitt vehicle. Is it the zombie movie we’ve all been waiting for or is it as grim as living in a zombie infested wasteland?

It’s best not to grade this on its merits as an adaptation as by and large the similarities to the book end with the title. There are a few references and call-backs but on the whole it’s entirely different. To adapt World War Z as it was presented in the novel would have been very difficult given the nature of how that story is told. Focussing on one character and one story (albeit not actually in the novel) seems to be a good decision here from a filmmaking point of view.

The most I can say about World War Z is that it does some things well and it’s a competently produced action film but it’s nothing groundbreaking and there’s nothing especially memorable about it. The film takes the basic format of Gerry (Pitt) travelling from place to place to find out information about the outbreak and shortly after he arrives things go very badly. The variety comes in the locations but it all feels a little routine.

I have to give the film kudos for using the word “Zombie”; it feels like it isn’t used that often these days. It’s usually variations of “Infected” or “Walkers” and so on.

The film tries to find some heart through Gerry’s interaction with his family and his personal stakes as he tries to protect them, after all the motivation for him working for the government to investigate the outbreak is so that his wife and kids can continue to live in the relative safety of the aircraft carrier. When the family are onscreen or Gerry is calling his wife while he’s on his mission it’s very well done. There’s a definite sense of a loving family but it isn’t done often enough to stand out as a central theme. There is a stretch of the film where he doesn’t contact them and the family dynamic is so pushed into the background that it’s all but forgotten.

World War Z does a competent job of establishing the zombie rules, we find out very quickly that infection is only spread by being bitten and that it only takes seconds for someone to turn. Gerry finds this out very early on too and is ready to jump off a roof when he gets some zombie blood in his mouth and fears infection. In a particularly effective scene, Gerry cuts the hand off a soldier in the hope that it prevents the infection from spreading. It was a quick and effective scene showing how clever and resourceful Gerry is while establishing the rules of the zombie infection.

One thing that the film does very well is suspense. There are a number of tense moments of creeping around hoping not to be noticed. These scenes are excellently done. It’s refreshing to see such well-built tension in a big summer blockbuster.

The ending is very subdued which isn’t necessarily a bad thing but there didn’t seem like there was any finality to the story, it was implied that it was all getting better but the film both opens and closes with a voice-over montage and the ending feels a little underwhelming. I’m not sure if they’re planning a sequel or maybe a parallel story following a different character. The best way to adapt the novel would be a series of films focussing on different characters but I doubt this will happen here.

As is common with many modern action movies, the best visual moments are spoiled by the trailer. The zombies climbing a wall by piling on top of each other is the most impressive visual effect which is almost ruined by having seen it before.

The cast were fine for the most part. Brad Pitt does a good job of being the likeable hero and his family are competent enough so that we as the audience care enough about them. Daniella Kertesz as the soldier saved from zombification by a handy amputation does very well at creating a strong yet sympathetic character. The main weak link for me was James Badge Dale as the joyless Captain who threatens to kick Gerry and his family off the safe Aircraft Carrier if Gerry doesn’t go on the mission.

Ultimately I think that World War Z is just fine as a zombie movie but it’s not particularly memorable. There are some good moments of tension and the plot moves along at a decent pace but I can’t see myself remembering anything about it in a week or so. As a side note I liked seeing a thinly disguised Glasgow posing as Philadelphia, as a Scottish movie goer that was nice to see. Also, I saw the film in 3D. The use of 3D wasn’t terrible, as in the colours weren’t muted to the point of making it unwatchable but I don’t recommend that it has to be seen in 3D either. 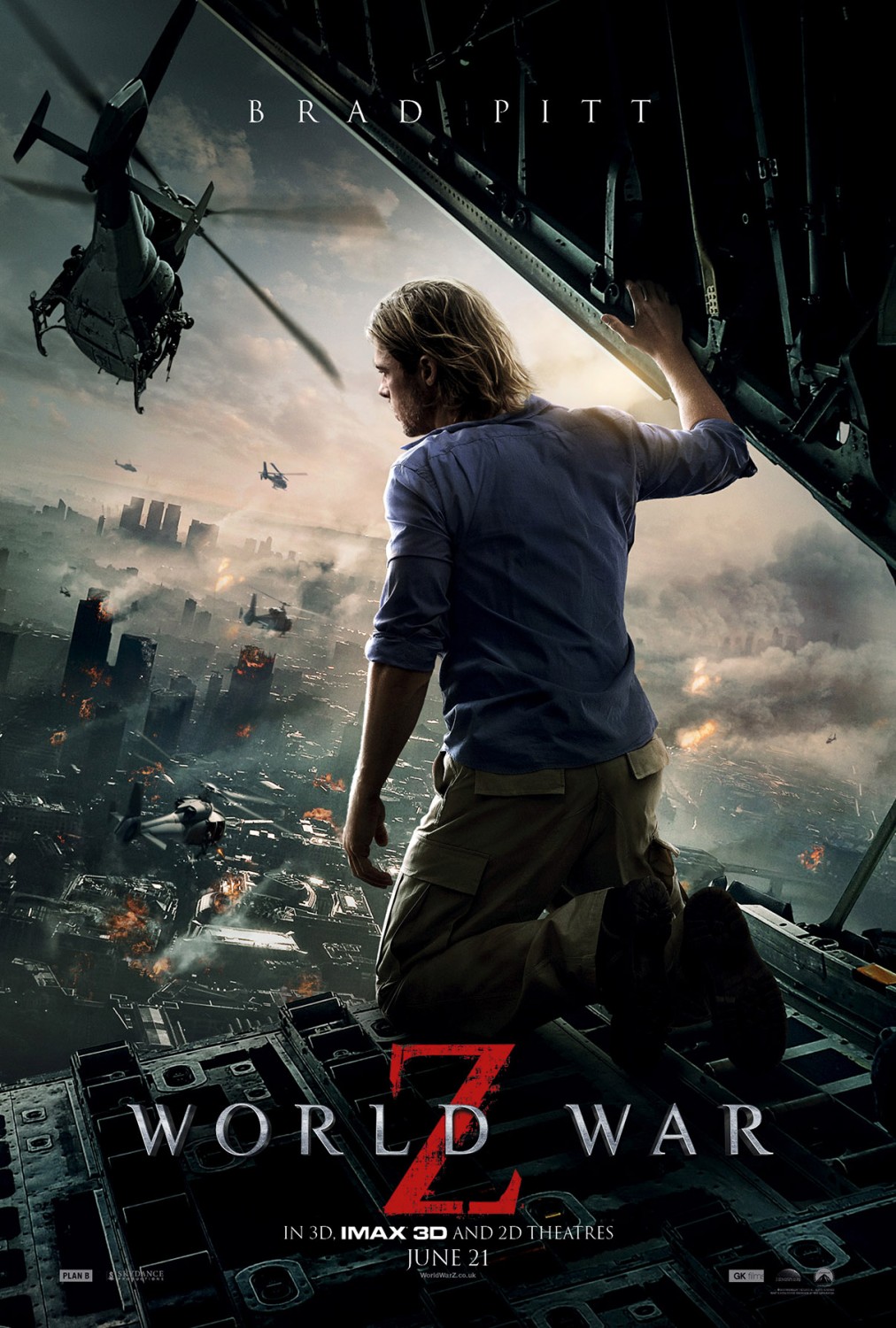