Drop dead gorgeous but thoroughly unpleasant, Mavis lives alone in a messy apartment somewhere in downtown Minneapolis, Minn., nervously pulling her hair and watching trashy MTV reality shows as she struggles with writer’s block. The very slight plot kicks into gear when Mavis receives a mass email about the arrival of her high school boyfriend’s new baby which inspires her to return to her humble hometown to win him back and live happily ever after.

In her hometown of Mercury, Mavis is regarded as a success story. They still see her as the beautiful and popular prom queen who moved to the big city and found mild fame as a writer. Little do they know that Mavis’ life is a mess; she’s divorced, insecure, delusional and almost certainly an alcoholic. She hates everything about her hometown but is still obsessed with how she’s perceived there and still sports the same stuck up attitude and skewed priorities she did as a teenager.

On her first night in town, Mavis meets Matt (Patton Oswalt), or “that hate crime guy” as Mavis calls him. Matt was crippled in high school after being attacked by a gang of jocks who thought he was gay. Thought their high school experiences couldn’t be anymore different, it’s clear both Mavis and Matt are hung up on who they were two decades ago. The pair begin to form a bond as they see through each other’s bullshit with Matt happily calling Mavis out on her ridiculous delusions and Mavis happy to call Matt on using his disability as an excuse to give up on life.

The scenes between Theron and Oswalt are the films best as both actors arrive in this film on top form. Theron’s Mavis is a character who is unpleasant to begin with and only gets worse throughout the film but thanks to Cody’s writing and Theron’s committed, nuanced performance she remains convincing and watcheable throughout. Oswalt is equally as impressive, making Matt a spiky but sympathetic character who is the perfect antidote to Mavis’ arrogance.

Despite the strength of these characters and the actors portraying them, the film has it’s shortcomings. Cody’s characters and dialogue, shorn of the quirky snark of Juno that impressed and annoyed in equal measures, are very strong here but the film’s plot is paper thin and that occasionally gives the film a meandering feel. It lacks any real narrative thrust to accommodate the great characters on show so while individual scenes work at a high level, the overall film isn’t quite as rewarding. Mavis’ high school beau Buddy (Patrick Wilson) is also a bit of a weak spot for the film. Wilson is a likeable actor and does a good job of playing Buddy as a man who’s grown up and evolved since high school and is polite and welcoming to Mavis, but there isn’t enough depth to the character. We are never given any real indicator to how Buddy feels about anything or what he’s really thinking until near the end during her inevitable meltdown.

The film works as a study of two flawed characters and an intriguing look at what happened to the prom queen and school geek after high school finished but the lack of a strong story means it never quite takes off in the way it should. 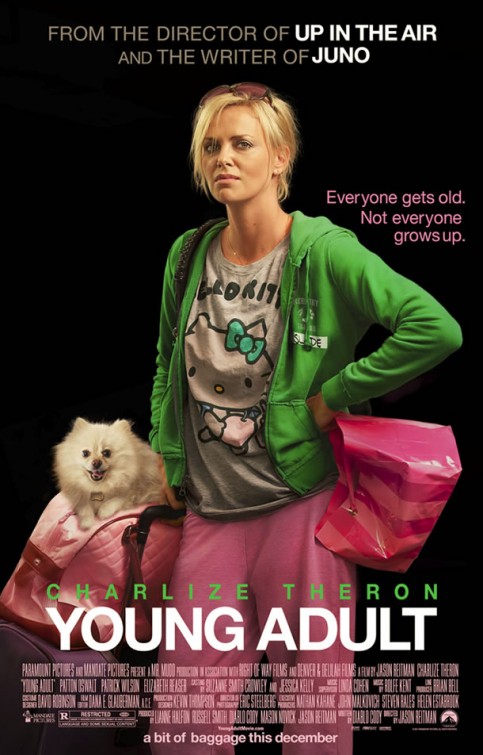